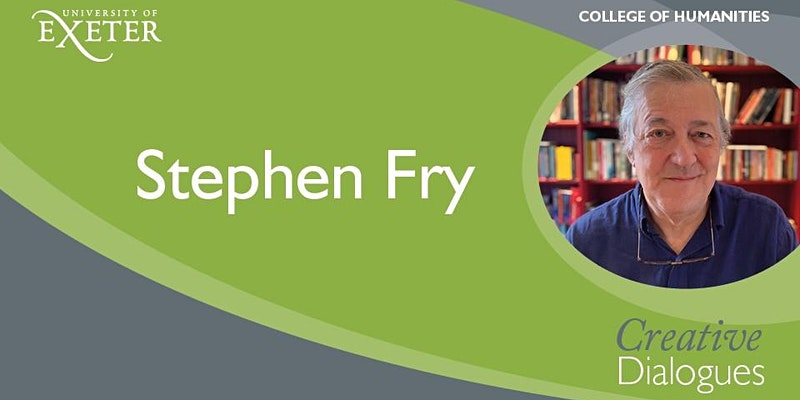 This event in the Creative Dialogues series took place online on 19th January 2021, and featured actor, writer, presenter Stephen Fry, in conversation with Don Boyd, Hon DLitt, Honorary Professor in Film Practice at the University of Exeter. Stephen’s extraordinarily broad range of talents and achievements provided the perfect platform for Don to explore his creative modus operandi and his philosophical and sociological perspectives. Their conversation focussed on the approach to his work as an actor, writer, film director, historian and as a broadcaster. Aware of his prodigious brilliance and legendary wit, expect some surprises, anecdotes and insight!