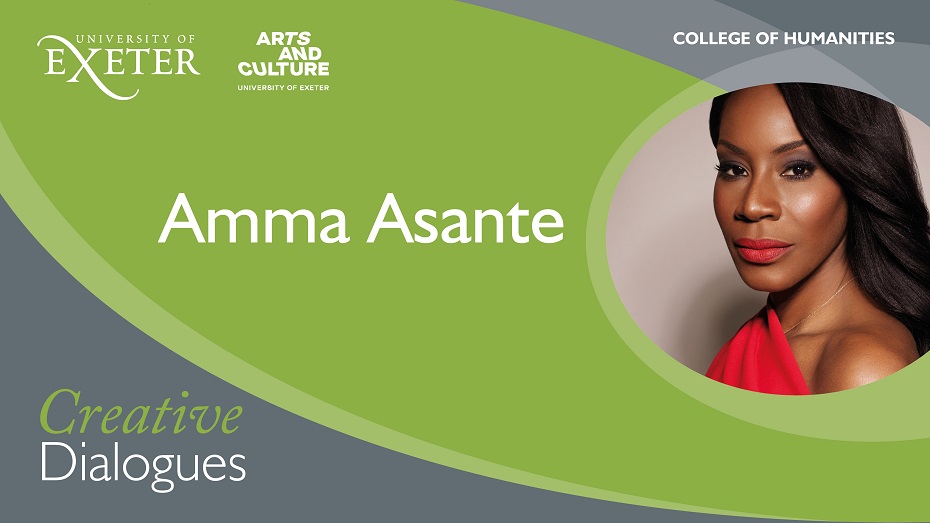 On 25 May 2021, we were delighted to welcome award-winning writer and director Amma Asante, in a fascinating conversation with Linda Williams. The discussion brought Asante's distinguished body of work alive.

Amma Asante MBE is an award winning writer and director who won a BAFTA for her first film, A Way of Life (2004). It made her the first Black director to win a BAFTA Film Award for writing and directing a feature film and garnered 17 additional awards worldwide.

Her movie, Belle (2013) drew widespread acclaim, becoming one of the highest grossing independent films of the year, and in 2016, A United Kingdom, for Pathé and Fox Searchlight, saw Amma celebrated as the first Black director to open the BFI London Film Festival in its 60 year history.

In 2017, Amma was named an MBE in the Queen’s Birthday Honours list and 2018 saw the release of Where Hands Touch. Set in 1944, Germany, the film, inspired by historical events, starred Amandla Stenberg, and was distributed worldwide by Sony.

Amma will helm the adaptation of The Billion Dollar Spy, starring Mads Mikkelsen. Based on the book by Pulitzer Prize winning journalist, David E. Hoffman, it tells the true story of Adolf Tolkachev, who became the Pentagon’s most valuable spy during the last years of the Cold War.

Amma has additionally directed episodes of Hulu-MGM’s The Handmaid’s Tale and the Emmy nominated and winning ‘Betty’ and ‘Shirley' episodes of Mrs America for FX.

Linda Ruth Williams is a Professor of Film in the Department of English and Film at the University of Exeter. She has written and edited several books, and teaches British and American cinema with a focus on gender and contemporary industries. She is part of the major AHRC funded research project, Calling the Shots: Women and Contemporary Film Culture in the UK, 2000-2015, investigating the work of women in the UK film and tv industries this century.