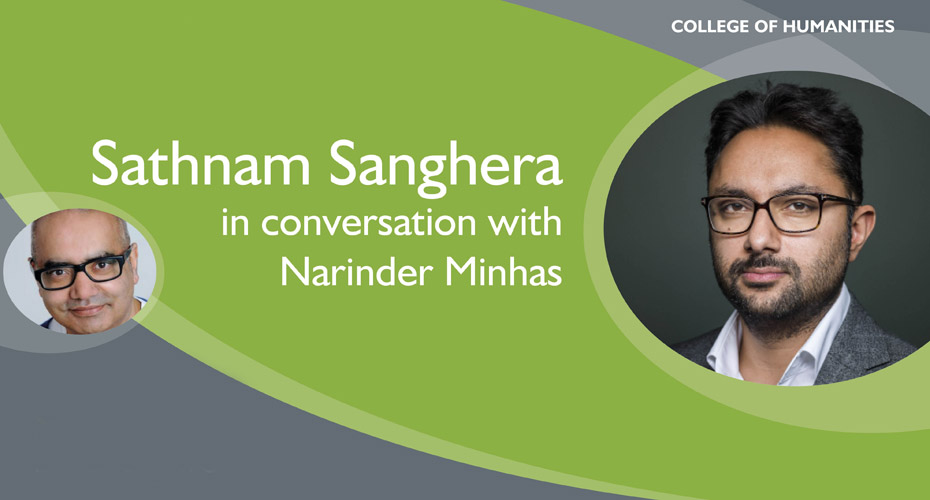 The discussion ranged across Sathnam’s experiences in journalism (he writes regularly for The Times) and his non-fiction books, including The Boy with the Top Knot, a memoir which was turned into a television drama in 2017. The Creative Dialogue also focussed on Sathnam’s more recent work with Narinder on the Channel 4 documentary The Massacre that Shook the Empire, exploring the history, politics and collective memory of empire through the Jallianwala Bagh massacre of 1919 (also known as the Amritsar massacre).