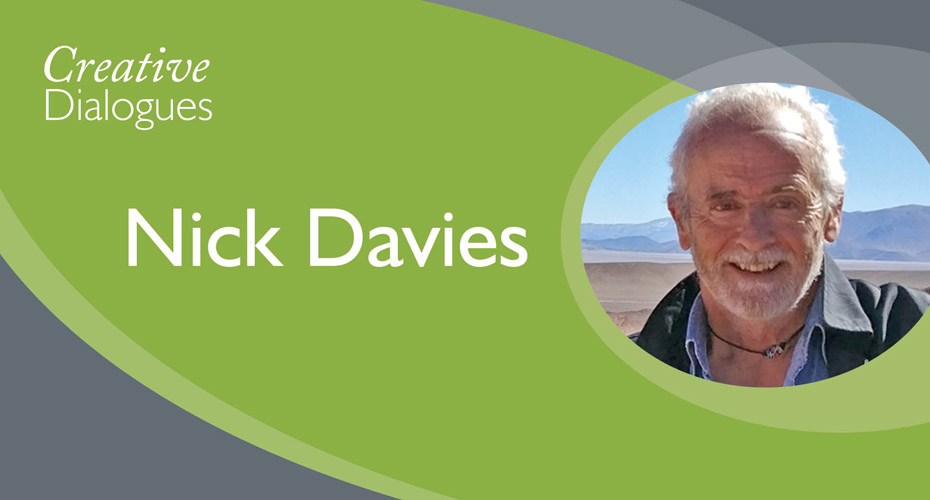 This event in the Creative Dialogues ‘in-conversation’ series took place on 29th March 2019 in the Alumni Auditorium at the University of Exeter.
It saw Nick Davies, investigative journalist, writer and documentary maker, in conversation with Don Boyd Hon DLitt, film director, producer, screenwriter and novelist, and Honorary Professor in Film Practice at the University of Exeter.

Nick Davies spent 40 years as a journalist, mainly doing investigative work for The Guardian, before retiring in 2016.

Towards the end of his career, he was centrally involved in three landmark stories: uncovering the phone-hacking scandal in Rupert Murdoch’s newspaper empire; initiating the alliance of news organisations which published US war logs and cables obtained by Wikileaks; and working as part of the team which handled the British end of Edward Snowden’s leaks about the US National Security Agency. A consistent theme through almost all of his work was the exposure of those who abused power – corporations bullying governments, governments perverting policy, powerful individuals exploiting the vulnerable.

He wrote six books including Flat Earth News which investigated the flow of falsehood, distortion and propaganda through mainstream news organisations and its devastating impact on the societies around them. It also exposed routine racism in the newsroom of the Daily Mail; the manipulation of the Observer by intelligence agencies; and the collapse of journalistic standards at the Sunday Times under Rupert Murdoch. His most recent book, Hack Attack, which detailed Murdoch’s interference in government as well as the crime in his newsrooms, is currently being made into a film by George Clooney.