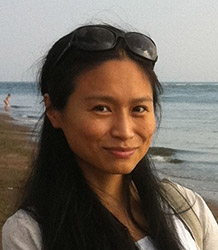 Yunpeng Wang, "The Role of Participation in Heritage Museums" (co-supervision)