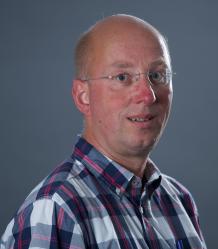 Since publishing my book on the poetry of the ‘Sturm-und-Drang' author Lenz, I have been interested in the socio-political and literary evolution of ideas and structures in poetry. In the volume Naturlyrik I published essays of my students at the University of Münster, Germany, on 19th-century poetry, and I contributed an essay on ‘Wanderlieder', dealing with Uhland and Vormärz poets.

I was co-editor of a volume of the prestigious Schiller Nationalausgabe, dealing with Kabale und Liebe and short dramas such as Semele, a satire about the traditions of the court-play and the ‘Singspiel'. Since then I have published essays on Schiller's prose and plays, exploring drama techniques in Die Braut von Messina and Maria Stuart as well as narrative techniques in Schiller's short prose, and I am currently supervising a PhD student who is working on a drama fragment by Schiller.

Prose Writing and its History

One of my long-term interests is the development of prose writing. Examining different theoretical approaches to narratology and challenging them with a more historically based model has given me a good basis for understanding novels, novellas and shorter pieces of prose from the 18th century to the present. My 2007 monograph Erzaehlgeschichte deals with narrative texts from 1750 to 1850 and develops an historical evolutionary approach to narratology. Based on these results I was granted a 3 year research project by the Leverhulme Trust, where I and two PhD students research mainly second half of the 19th century narrative prose. Our 'Lost Voices' website (http://humanities.exeter.ac.uk/modernlanguages/research/projects/lostvoices/) can provide more details on this progress. We will host a one-day research workshop in June 2012 as part of this project.

My work on Lenz and Schiller has involved scholarly editing and critical commentary on literary works. I contributed to various conferences on editing theory during the 1990s, and finally used my expertise to set up the internet-based editing of the works of Karl Gutzkow, a German novelist publishing from 1830 to 1878. Together with Professor Martina Lauster we are part of an international team of editors who are publishing Gutzkow's writings in book form and the critical commentaries online here in Exeter (http://www.projects.ex.ac.uk/gutzkow/). Exeter hosted an International conference on 'Gutzkow and His Contemporaries' in September 2010, to celebrate the bicentenary of the author's birth. The proceedings of this conference have been published by the Aisthesis Verlag in Bielefeld. At the moment, I am working on his Novellen, a two-volume collection from 1834 (printed editon with afterword published in 2017, currently working on commentary), and on Gutzkow's Beiträge zur Geschichte der neuesten Literatur from 1836.