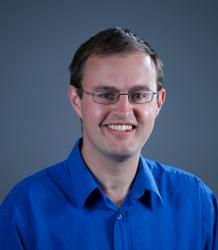 My main research interests are in British political history and the history of the 'British World' from 1870 to the present. I was Co-Investigator for 'The age of promises: manifestos, election addresses and political representation' a Leverhulme-funded project (2017-21) led by Richard Toye (Exeter), which uses these sources to explore the nature of political representation in twentieth century Britain and the evolution of programmes and promises in electoral politics. This has led to a jointly authored monograph- The Age of Promises: Electoral Pledges in Twentieth Century Britain (Oxford University Press, 2021) and a jointly edited book 'Electoral Pledges in Britain since 1918: The Politics of Promises' (Palgrave Macmillan, 2020).

My new project, Parliamentary Empire: British Democracy and Settler Colonialism, c.1867-1939, is organised with Amanda Behm (York) and funded by the Leverhulme Trust (2021-24). By exploring how different groups appealed to values of British parliamentarianism, we shed new light on the connected debates about democratic governance and political inclusion that characterised the emergence of nations within a fractious British Empire. Being ‘parliamentary’ was central to claimants' appeals for political inclusion and authority as representing 'British' values, and appealed particularly to those on the fringes of the political nation- such as working men, women, and indigenous peoples.

This project builds on earlier work which has sought to understand the political economy of the 'British World'.Forging a British World of Trade: Culture, Ethnicity and Market in the Empire/Commonwealth, c.1880-1975' appeared with Oxford University Press in 2019. I edited 'Imagining Britain's economic future, c.180 0-1975: Trade, Consumerism and Global Markets' with my colleagues Andrew Thompson and Richard Toye (Palgrave MacMillan, 2018). I have a long-standing interest in British political culture and the dynamics of popular politics, beginning with my first book: 'Conservatism for the democratic age: Conservative cultures and the challenge of mass politics in early twentieth century England' (Manchester University Press, 2013). More recently I have continued to explore this issue through the Mass-Observation archive.

I have an interest in connecting history with policy-making and was involved in the British Academy/ Department for Business, Energy and Industrial Strategy Trade Policy History. I lead the History & Policy Global Economics and History Foum with Marc-William Palen (Exeter) and Andrew Dilley (Abderdeen). The forum aims to bring together academics, business groups, policy makers and members of the general public interested in how understandings of historical trade relations can inform current policy debates.

Political and cultural history: British public politics since the 1880s; Electoral culture; the history of class and gender in modern Britain; Mass-Observation; Parliament and popular politics in the British World

Global and Imperial History: Political and business networks within the British Empire/ Commonwealth; The expansion of international trade networks and organisations after 1918; Debates about women's parliamentary representation in the British World

Nicholas Hall, Seeking the "unofficial Russian": the challenges of sincerity in Soviet and British encounters in the Soviet Union 1928-39 (2nd supervisor, 2019-)

I have organised and participated in research events at the Department for Business, Energy and Industrial Strategy.

I moved to the UK from New Zealand at a young age and undertook degrees at Nottingham (BA History) and Oxford (Mst History). I studied for a PhD in History at Cambridge under the supervision of Prof. Jon Lawrence, graduating in 2009. After teaching at The Queen's College, Oxford for a year I moved to Exeter in autumn 2010 as a Lecturer. I was promoted to Senior Lecturer in 2013 and Assocaite Professor in 2019.