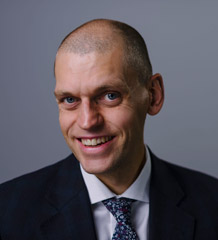 Latest publication freely available through Open Access: 'An exiled poet adapts Plato: Théophile de Viau’s Traité de l’immortalité de l’âme and the Phaedo', International Journal of the Classical Tradition (2021) - I study how the notorious early seventeenth-century poet Théophile de Viau reinvented Plato's celebrated dialogue concerning the immortality of the soul to the consternation and confusion of those who sought to censor and prosecute him.

Current projects include teaching-led research into altered states of consciousness, including Descartes's dreams in a stove-heated room in Bavaria one night in 1619, when he believed God gave him all philosophy.

Related projects include work on the reception of ancient Cynicism, on the works of the early seventeenth-century comic actor known as Bruscambille, and on obscenity - my review article Obscenity in Sixteenth- and Seventeenth-Century France is available from French Studies for free download.

Early seventeenth-century France witnessed an outpouring of collections of lewd or outrageous verse, which gave rise to one of the earliest obscenity trials in modern history, of the notorious poet Théophile de Viau (1590-1626), in 1623-25.

I held a Society for French Studies Prize Fellowship in 2019 to produce a digital critical edition of incriminated verses and corresponding trial records.

‘Poetry on Trial’ builds on an earlier project, funded by a British Academy Research Development (2010-13) held in collaboration with Professor Guillaume Peureux (Université Paris Nanterre), to edit poetry collections known as the recueils satyriques. Our edition of one of the earliest of these, Les Muses incognues (1604), was published by Honoré Champion in 2020.

I was Principal Investigator for an an Arts and Humanities Research Council (AHRC) grant, Gossip and Nonsense: Excessive Language in Renaissance France (2012-15), in collaboration with Dr Emily Butterworth (Co-Investigator, King’s College London).

With Dr Annette Tomarken (Honorary Research Fellow, University of Kent at Canterbury), I edited the complete works of Bruscambile, an early seventeenth-century French comedian and bestseller of his day.

I was awarded a Research Fellowship by the Leverhulme Trust (2009-10) and two Small Research Grants by the British Academy (2008-09) to pursue work on the edition.

I have published a number of single and co-authored articles and chapters on Bruscambille, including on his nonsense and obscenity.

Between 2007-2009, I was Principal Investigator for an AHRC-funded international research network on the notion of obscenity in Renaissance France. The network, which included some thirty researchers from the UK, USA, France, Switzerland and the Netherlands, gave rise to two major publications: Obscénités renaissantes, ed. by Hugh Roberts, Guillaume Peureux and Lise Wajeman (Geneva: Droz, 2011) and Obscenity, EMF: Studies in Early Modern France, 14 (2010), ed. by Russell J. Ganim and Hugh Roberts (as guest editor).

My research and teaching interests in French literature and philosophy, and more specifically projects on Bruscambile, obscenity and the reception of ancient philosophy, derive from my PhD, revised for publication as Dogs' Tales Representations of Ancient Cynicism in French Renaissance Texts (2006).

I am happy to discuss research proposals on any subject relating to my research and teaching interests.

My cultural teaching options embrace French literature and philosophy, including an introduction to French thought at first year, a second-year course, 'Provoking Thoughts: French Literature and Philosophy from the Renaissance to the Twentieth Century' and an ultimate module for finalists, 'Philosophers, Prophets and Mystics in French Culture' .

I also teach translation from and into French and curate a Spotify playlist of French and English songs, translated one way or the other, for some creative perspectives on teaching language through translation.