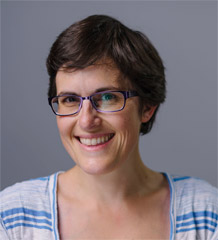 I also incorporate the principles of the Common European Framework of Reference for Languages in my teaching and assessments design, and am an accredited DELF-DALF assessor.

During my MA, I had the opportunity to teach French in the Netherlands. After my studies, I moved to Glasgow, where I worked as a French teacher in various institutions (primary and secondary schools, Alliance Française and Glasgow University) with students of different ages and needs. In 2009, I started my PhD at the University of Exeter in the field of French linguistics, and I continued to teach French language over the course of my doctoral programme. I have completed my thesis on Sociopragmatics (Applied Linguistics) in 2013. The focus of my work was politeness phenomena in French between friends. In 2013, I was appointed Associate Lecturer (E&S) in French, in the Department of Modern Languages, where I now contribute to the development of French programmes, and teach French language and culture. I also work in the Foreign Language Centre where I teach at intermediate and advanced levels.