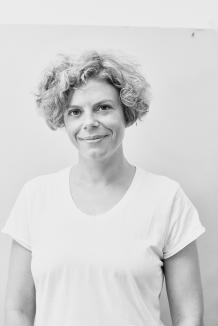 I came to Exeter in 2021 to work as a Postdoctoral Reasearch Fellow with Professor Sally Faulkner. Before that, I lectured at the University Carlos III of Madrid and way before that I lectured at the University of Kent where I earned my Ph.D. under the supervision of Professor Nuria Triana-Toribio and Dr. Antonio Lázaro-Reboll. My research focuses on the political economy of contemporary Spanish cinema and on Spanish popular culture. I have published in several peer reviewed journals such as Secuencias. Revista de Historia del Cine, New Cinemas. Journal of Contemporary Film, Film Studies, Studies in European Cinemas, Hispanic Research Journal, International Journal of Cultural Policy and Quarterly Review of Film and Video, as well as several chapters for edited books for the San Sebastian International Film Festival, Las Palmas International Film Festival, Seminci. Valladolid International Film Festival, Nosferatu, Peter Lang and Tirant Lo Blach.

I conduct my reasearch within two international research groups -DeVisiones (UAM) and TECMERIN (UC3M)- and I sit in the Editorial Board of MLO Film (University of Liverpool). I had also worked as a film programmer, film critic, cultural manager and cultural journalist back in Madrid, where I originally come from.

I conduct my current research within two international research groups: DeVisiones from the Autonomous University of Madrid (UAM) and TECMERIN from the University Carlos III of Madrid (UC3M).

I'm current working as a Postdoctoral Research Fellow in the AHRC funded project Invisibles e insumisas / Invisíveis e insubmissas: Leading Women in Portuguese and Spanish Cinema and Television, 1970-1980 led by Professor Sally Faulkner alongside the co-investigators Professor Nuria Triana Toribio (University of Kent) and Professor Hilary Owen (University of Oxford). This five years interdisciplinary and international research project will produce the first history from below account of women working in the Portuguese and Spanish industries in the 1970s.

I was awarded a "Graduate Teaching Assistanship" by the School of European Culture and Languages of the University of Kent to pursue my Ph.D (2012-2016).

I act as reviewer for the journals Studies in European Cinemas, Journal of Spanish Cultural Studies, Hispanic Research Journal, New Cinemas.Journal of Contemporary Film, Television and New Media,Studies in Spanish & Latin American Cinemas and The Nordic Journal of Cultural Policy.

I have worked for over twenty years in several jobs related to culture and cinema at the same time I was developing my academic career:

I have disseminated my research in several international conferences such as MeCCSA, The London Film and Media Conference, The Annual Conference for the Association of Hispanists of Great Britain and Ireland or Screen among many others.

I have been invited as a keynote speaker in the M.A. in Contemporary Art and Visual Culture of the Universidad Autónoma de Madrid/Universidad Complutense de Madrid and Museo Nacional Centro de Arte Reina Sofía and in the 15th International Human Rights Documentary Film Festival in Kiev, Ukraine.

Before coming to Exeter, I have lectured at the University of Kent ("Contemporary Spanish Cinema") and at the Carlos III University of Madrid ("Film Production" and "Cultural Industries"). I have also supervised several final year dissertations on a diverse selection of topics related with Spanish cinema and popular culture. I received several prizes for my teaching in both institutions.

I was born and raised in Madrid, where I undertook my B.A. in History and Theory of Art and my two masters -M.A. in Film Theory and Film History and M.A. in Contemporary Art and Visual Culture- all of them by the Autonomous University of Madrid (UAM). After that, I moved to the University of Kent to get my Ph.D, where I also lectured between 2012 and 2016. Going back to Madrid to lecture at the Carlos III of Madrid between 2018 and 2021 and then, here I am, back in the UK as a Postdoctoral Research Fellow at the University of Exeter. And I did multiple jobs simoultaneously to my academic career that you can check in the "External engagement and impact " section.