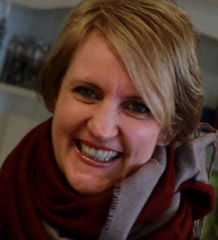 Her main research interests are in the field of classic Russian literature in English translation during the twentieth century, using archival material to shed new light on historical commissions, specifically Penguin's Russian Classics. Cathy has taught Russian-English translation for the MA Translation Studies programme at the University of Bristol since 2013.

Cathy’s doctoral thesis ‘A Study of Penguin’s Russian Classics (1950-1964) with Special Reference to David Magarshack’ combined translator-editor microhistories (constructed from previously under-utilised archival material) with traditional text-based research. The aim of her doctoral research has been to fill a gap which currently exists in our understanding of the people and processes behind Russian literature in English translation in the twentieth century: who were the commissioners and the commissioned; did they conform to an in-house translation style; how well did the Anglophone audience receive these translations; what is the literary legacy of these commissions?

These research interests continue with Cathy’s postdoctoral project 'The Dark Side of Translation: 20th and 21st Century Translation from Russian as a Political Phenomenon in the UK, Ireland, and the USA', where she will be examining the extent to which Penguin’s Russian Classics prepared the Anglophone audience for an appreciation of Soviet literature in translation.

'Russians and Romanticism until 1917' in the forthcoming Routledge Handbook of Translation and the Classic (eds. Siobhan McElduff, Paul Bandia, James Handley).

Sarah Gear, co-supervised with Dr Muireann Maguire, "What Do Translations Say About Us? A Comparison Between the Translations of Nationalist and Liberal Writers from Putin's Russia".

Anna Maslenova, co-supervised with Dr Muireann Maguire, "Anglo-Russian Cultural Interactions in 1890-1930: The Microhistories of Translators and their Networks".

Christina Karakepeli, co-supervised with Dr Muireann Maguire, "The Dostoevsky Canon in Greece: Three Eras of Translation from 1886 to Today".

Cathy co-convenes the BASEES study group REELIT (Russian and East European Literature in Translation) with Dr Muireann Maguire. REELIT serves to build links and strengthen networks between practising translators, publishers, and researchers active in literary translation from different Slavonic languages. REELIT hosts a panel at the BASEES annual conference and organises workshops/conferences with a view to raising the profile of Russian and East European literature. For more details see: http://basees.org/sd-study-group-for-russian-and-east-european-literature-in-translation