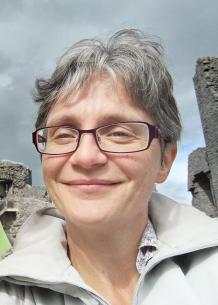 I welcome enquiries about postgraduate supervision in any of the following fields.

I wrote my thesis on the history of poetry in Leningrad, 1953-75. The best known poet from this post-Stalin period is the Nobel Laureate and American Poet Laureate Joseph Brodsky (1940-1996); although my interest in this period developed through his work, the thesis aims to describe Brodsky's context and contemporaries and to avoid a singular focus on his life and work.

As part of the research for my thesis I worked in the archive of the Writers Union in Leningrad. My article on Writers' Union policy towards young writers during the Thaw period developed from this work. I will go on to develop this interest in the relationship between politics and literature in the USSR in my project on the history of literary translation in the USSR.

Literary translation has played an important role as the source of new ideas and literary models throughout the history of Russian literature; in 2008 I organized a conference on this subject and am working towards producing an edited book of articles. In my own work I am interested in literary translation in the USSR, where it became a professional field in which writers could avoid the worst excesses of political doctrine and censorship yet continue to work in the field of creative literature. Many important writers took refuge in translation for at least part of their careers and helped develop an impressive library of translations available to Russia. I am interested in bringing the now well-developed field of translation studies to bear on the subject of literary translation in Russia,

I am working towards a new project on the history of the Society for Cultural Relations with the USSR, based in London 1924-45. This work will tie in with my ongoing interest in the history of communism and communist states, and British perceptions of the Soviet experiment.

I am first supervisor to Caterina Balistreri, working on post-Soviet children's literature and its relationsip to the Soviet past.

I completed my undergraduate and postgraduate education at the University of Oxford, where I completed my DPhil on Leningrad Poetry, 1953-75 in 2005.

I was appointed Lecturer in Russian at the University of Exeter in 2006.