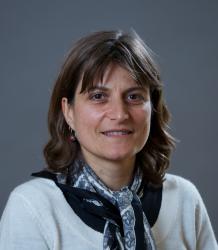 I am very interested in all aspects of teaching languages and specifically focus on providing students with an authentic learning experience of quality. I have taught French at university level in France, the United States and the UK, and also have experience of teaching in private language schools for adults.

Over my career, I have had the chance to pilot innovative projects in many fields and work with motivated students and inspiring colleagues. My work has included:

- Designing online quizzes, blogs, wikis to get a daily hand on French & IT, using social media to practice French worry-free,

- Giving a talk on French cinema: From the end of French silent cinema to the beginning of the French New Wave,

- Creating and co-organizing a summer program in France, etc.

I also keep up to date by attending conferences, training and language shows in France and in the UK, and reading specific literature and magazines related to languages didactics.

I regularly attend conferences and workshops and have been involved in the following conferences:

- Presented on Mediation for Modern Languages in Higher Education

College of Humanities Education Away Day, University of Exeter / June 2019