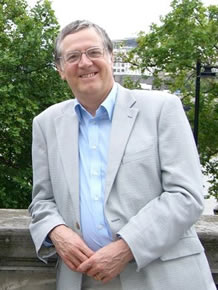 He has published studies on various aspects of Italian literature, mainly in the period from Dante to the Renaissance, with a particular focus on the relations between learned and popular culture, and between Latin and the vernacular, in Italy in the Renaissance. His work on Dante includes two studies of the Fiore, a sequence of 232 sonnets written in Florence at the end of the 13th century which many scholars attribute to Dante.