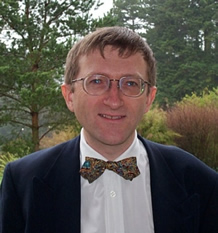 Aidan  Coveney welcomes enquiries about postgraduate supervision (MPhil and PhD degrees) in topics related to: the sociolinguistics (especially variation and change) and sociopragmatics of French; varieties of French.

Variation and change in French: sociolinguistics, grammar and sociopragmatics

I have interests in several sub-disciplines of linguistics, especially with reference to varieties of French. The principal focus of my research is variation in the grammar of spoken French. I have worked on the development of analytical methods for the study of grammatical variation, and have adapted variationist methodology for the analysis of a number of major points of variation in French grammar, notably interrogation, negation and personal pronouns. Most of this work has included the examination of large quantities of data in corpora, especially in my Picardy Corpus of Spoken French. I have paid particular attention to the linguistic and pragmatic constraints that influence grammatical variation, and in a 1998 article I explored speakers' awareness of linguistic constraints on the omission of the negative particle ne. More recently, I have been working on the linguistics of French interrogative structures, for a major web-based encyclopaedia of French grammar, which ismore informed than previous grammars by research on variation and the spoken language. My work on personal pronouns has also led me to examine methodological and analytical issues in research on what is probably the most salient sociolinguistic phenomenon in French, the use of the address pronouns vous and tu.

I have always been fascinated by the fine detail of articulatory phonetics, and this interest led to my book, The Sounds of Contemporary French: articulation and diversity, in which I sought to define the articulatory identity of French. In addition to sociophonetic and comparative dimensions, the book includes a close analysis of cineradiographic and labiographic data of native French speakers. Part of the book is devoted to an examination of intersegmental coordination.

My long-standing interest in varieties of French is reflected in the book Variation et francophonie, which I co-edited and to which I contributed. The book includes chapters relating to several French-based contact languages, in addition to varieties of French in North America and Europe. The disciplinary approaches include socio-historical linguistics, Optimality Theory phonology, lexicology and variation theory.

These are focussed on grammatical variation, both studies of particular phenomena and further exploration of theoretical and methodological issues. I have research links with sociolinguists based in Poitiers, Neuchatel, Paris and Orléans.

The Association for French Language Studies:

I am a long-standing member of the AFLS, and have been a member of various committees since 1996, including six years as Chair of the Research Committee.

I have served previously as Co-Editor of the Journal of French Language Studies (CUP), and have been a member of the JFLS Advisory Editorial Board since 2006. I have also been a member of the Editorial Boards of the Journal of Sociolinguistics (Blackwell/Wiley) and the French Studies Bulletin (OUP). I have acted as a Referee for several other international journals: Language Variation and Change; Language in Society; Language Sciences; Canadian Journal of Linguistics; Studies in Second Language Acquisition; Bilingualism: Language and Cognition; Transactions of the Philological Society; French Studies; Francophonie. I have served as Referee/Reader of books for various publishers, including John Benjamins, Oxford University Press, Palgrave Macmillan, Routledge.

I pioneered the digitisation of European Spoken French corpora, and variationist research into French interrogatives, including the classification of interrogatives in terms of their communicative functions.