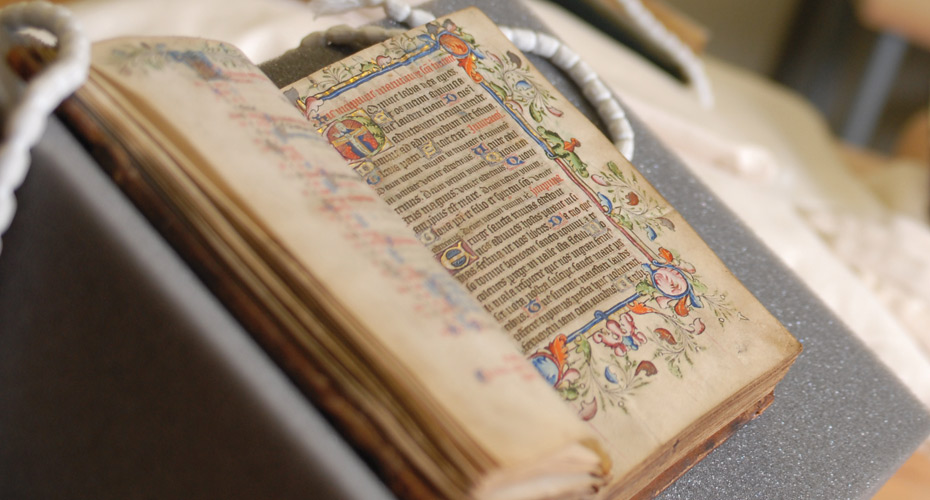 This group carries out research on Medieval and Early-Modern cultures across Europe, including France, Italy, England and Spain, and explores both literary and visual cultures.

Forthcoming events include Professor Cayley and Dr Tom Hinton's hosting of the British Branch annual conference of the International Courtly Literature Society at Exeter in 2014.

Listed below are the projects associated with the Medieval and early-modern research group that secured external funding. For information on other projects, please see individual staff pages or the research pages for each individual language.

Our medieval and early-modern studies staff are involved in scholarly editing and new media. Professor Gert Vonhoff and Professor Martina Lauster’s Gutzkow Editions project, funded by the Leverhulme Trust, led to the development of the Kronos electronic publishing platform.

Professor Hugh Roberts's project on ‘Gossip and Nonsense’ involves collaboration with a number of locally-based artists, such as Dominic Hills, who is creating art projects in a range of media including iPhone apps to raise awareness of ‘excessive’ language of the French Renaissance.

Through funding from REACT Knowledge Exchange Hub, Dr Emma Cayley is collaborating with creative economy partner Antenna International to pilot a smart device app of the Exeter Book and other South West manuscripts, including the Syon Abbey materials held in the Special Collections at the University. Dr Cayley has already delivered study days in three local schools with creative practitioners and creative industry reps. She also hosted an exhibition of medieval manuscripts and artwork from local schools at Exeter Cathedral in 2012, and participated in associated lectures and workshops for schools and the general public run by the Cathedral on the Exeter Book. Dr Cayley’s app will transform the teaching of medieval manuscript culture and the history of the book in UK primary and secondary schools.