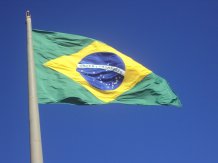 The controversial right-wing populist Jair Bolsonaro has been elected Brazil’s new president with 55% of the vote.

Jair Bolsonaro has won – so what’s next for Brazil?

The controversial right-wing populist Jair Bolsonaro has been elected Brazil’s new president with 55% of the vote – his left-wing rival Fernando Haddad won 45%. He said: “We are going to change the destiny of Brazil.”

Bolsonaro, who has been dubbed the “Trump of the Tropics” and has a long record of outlandish and derogatory statements on homosexuality, race, and women, capitalised on a message of political change at the cost of democracy and human rights. Intensely partisan news broadcasts, social media wars, “fake news” and WhatsApp groups all played their part in ushering in an era of great uncertainty in Brazil.

Bolsonaro’s actual policy positions are hard to pin down. This is partly due to his absences at debates, which he blamed on his medical state following a knife attack in September. But it is also because the focus of the electoral campaign was on Bolsonaro’s sweeping statements rather than the actual policies his administration would pursue.

Indeed, Brazil’s first presidential elections since the 2016 impeachment of former president Dilma Rousseff resembled an episode of a telenovela with daily controversies and dramas. The highly charged campaign has also led to divisions between family and friends thanks to two dramatically different candidates, Jair Bolsonaro and Fernando Haddad, facing off in the last round.

The Workers’ Party candidate, Haddad, a former teacher and mayor of the city of São Paulo, has regularly been photographed cycling, playing the guitar and doing capoeira. The celebratory nature of this afro-Brazilian martial art is in stark contrast to the often hateful ideas promoted by the unpredictable Bolsonaro.

Bolsonaro was backed by former US Ku Klux Klan leader, David Duke, promotes a gun-loving culture and has some deeply worrying plans for the Amazon and the environment.

On the one hand, Bolsonaro’s views, which include telling black Brazilian activists they should be sent “back to the zoo”, are repulsive to many in Brazil. But on the other, Haddad’s decision to associate himself with former president, Luiz Inácio “Lula” da Silva, proved damaging to his political autonomy and reputation.

Lula is serving a 12-year prison sentence after being convicted in the “Lava Jato” (Car Wash)anti-corruption operation, and was barred from running for president again in 2018. In fact, many Brazilians blame Lula and the Workers’ Party for the country’s recent economic crisis and the money laundering schemes which affected state-owned companies including Petrobras, Brazil largest oil enterprise. For them, a vote for Bolsonaro was a clear break from the past.

But the election also revealed that the historical divisions between Brazil’s northern and southern regions remains significant, with the relatively poor north-east (which supported Haddad) establishing itself as a left-wing bastion.

With much of the country’s wealth concentrated in cities such as São Paulo and Rio de Janeiro, Bolsonaro – who will head a religious, conservative government that echoes the military dictatorship (1964-1985) – is unlikely to heal his country’s deep divisions. Indeed, the chances are he will fragment Brazil still further.

But Bolsonaro is not only symptomatic of Brazil’s current state. He is part of a global phenomenon. Brazil has just joined a growing list of nations where populism is gaining ground, from Brexit Britain to the US of Donald Trump (who was quick to congratulate Bolsonaro on his presidential win). Where it goes next is as uncertain as what Bolsonaro really plans to do. Everything could change on his whim.