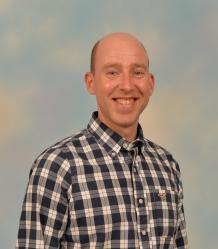 I am a senior lecturer in History, based in the Centre for Medical History, and recently completed a major research project 'Do Beards Matter?: Facial Hair, Health and Hygiene in Britain, 1700-1918', funded by a postdoctoral fellowship from the Wellcome Trust. My new book Concerning Beards: Facial Hair, Health and Practice in Britain, 1650-1900 will be published in early 2021 with Bloomsbury, and have also edited an essay collection, published in 2017 by Palgrave, on the history of facial hair.

More broadly I am an expert in early modern medical history, and my research interests include domestic medicine, and especially medical remedy collections, the medical marketplace and medical advertising, gender and the sick role, and the lived experience of sickness in early modern Britain. My book, 'Physick and the Family: Health, medicine and care in Wales c. 1600-1750 (MUP, 2012) was awarded the European Association for the History of Medicine and Health (EAHMH) book prize

I am also interested in the interplay between technology and culture in the long eighteenth century, and the increasing market for products to shape the body. My monograph 'Technology, Self-Fashioning and Politeness in Eighteenth-Century Britain: Refined Bodies' was published by Palgrave Macmillan in December 2015.

Among the themes are new studies of the changing understandings of tha nature of facial hair, but also of the practices associated with managing it. This will include a new study of the changing role of barbers/barber-surgeons, and of the impact of new technologies upon decisions to shave. To do this it will survey a mass of material from medical and other printed literature, portraiture, trade records and advertising, along with personal sources such as diaries and letters.

Outcomes of the project include a major new academic monograph, a public exhibition, held at the Florence Nightingale Museum in London in 2015, and other related engagement events.

My broader research interests lie in medical history of the early moden period, (roughly c. 1600-1800) and include themes such as the body, early modern medical practice and practitioners, technologies of the body, domestic medicine, remedy culture and Welsh medicine.

My next research project will focus on medicine and travel in the long eighteenth century.

I am very keen to supervise PhD topics within my area of expertise, and am always delighted to chat over possible ideas. In the first instance please send a copy of your CV, and a 500-word outline of your project idea.

The work of my postgraduate research students covers a wide range of topics. I am currently supervising PhD candidates working on the history of Jacobite masculinities, and also living standards in industrial communities in Northern England.

the body and its relationship with technology

In 2016 I curated a major photographic exhibition of Victorian beards, in the Florence Nightingale Museum in London. The exhibition includes a range of public events including a launch evening, beards debate, family activities and even a pantomime.

As an historian of early modern medicine I have appeared in a wide variety of television and radio, including BBC and ITV television, Channel 4, Sky News, ABC and also many local and national radio appearances, including contributions to documentaries and debates, and also presenting my own documentary programmes. My research on the history of facial hair attracted a great deal of public interest, and was widely covered in the local and national press, including major newspapers and magazines. I have written for BBC History and History Today magazines.

In 2014 I became one of the small group of BBC/AHRC 'New Generation Thinkers', specifically linked to BBC Radio 3, and continue to write and present material for broadcast.

My project on the history of beards has attracted a great deal of media interest, and led to appearances on BBC's 'The One Show', Sky News, BBC Five Live and BBC Radio Three, along with articles and interviews in many major UK newspapers, including The Daily Telegraph, The Guardian, The Times and The Evening Standard. I have also appeared on several international radio shows, and have written opinion pieces for leading publications including 'History Today', BBC History Magazine, the 'Times Higher', and 'The Conversation'.

I run a highly successful blog, (dralun.wordpress.com) which has, to date, had more than 120,000 views from over 120 countries.

I am a Fellow of the Higher Education Academy, and also an Aspire Fellow, both of which are nationally-recognised accreditations for research-led teaching.

My modules are all based directly on my own research into the history of medicine and the body, often drawing on some of the most recent developments in the field, and newly-disovered source materials. As well as helping students to develop their own research skills, and to meet the specific learning objectives of each course, I firmly believe in making lectures and seminars enjoyable, and do this by adopting a range of teaching approaches, materials and tasks, and also by an informal and approachable style.

After a rather unsatisfying ten-year career with a major high street bank, I decided to take the plunge and return to study. Having begun studying for my history degree part-time with the Open University, I enrolled at the University of Glamorgan and completed my BA (Hons) there in 2005, writing my undergraduate dissertation on the medical information within a seventeenth-century commonplace book.

Having secured funding from the AHRC, I completed my MA in History at Cardiff University in 2006, and was then funded by a Wellcome Trust prize studentship to study my PhD at Swansea University, which I completed in 2009. My thesis was adapted into my first book "Physick and the Family: Health, medicine and care in Wales, c. 1600-1750", published in 2011 by Manchester University Press.

After completing my doctorate I returned to the University of Glamorgan in 2010, as a research fellow on the Leverhulme Trust-funded project "Steel in Britain in the Age of Enlightenment", working with Professor Chris Evans. At the completion of this project, I became a lecturer in History at Swansea University, teaching a range of modules in early modern European history.