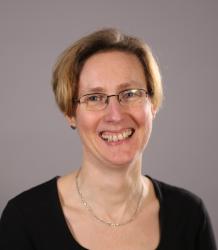 Professor of Economic and Social History

I am historian of late medieval and early modern England with particular interests in economic development, work, gender, popular protest, consumpton and material culture. For further details please see the description of my research interests.

2008-9: 'Consumption and gender in the early seventeenth-century household' AHRC

2001-4: 'The history of pre-industrial rural households and the development of capitalism' ESRC

My ERC Advanced Grant on 'Forms of Labour: Gender, Freedom and Work in the Preindustrial Economy' will run from Sep 2019 to Sep 2024.

Consumption and the household economy

Both the 2004 book based on a study of 8000 probate inventories, written jointly with Mark Overton, Darron Dean and Andrew Hann, and my 2012 monograph based on the intensive study of household accounts written with Elizabeth Griffiths (from the ESRC funded project ‘The Housewife in Early Modern England’)  examine consumption and household economies. I have particular interests in food, houses, and domesic material culture and teach a special subject module on ‘Consumer Revolution?: Food, Things and Fashion in England 1500-1800’, as well as contributing seminars on early modern food consumption to the interdisciplinary MA in Food Studies.

This was the main focus of my PhD and first book. I retain interests in this area and edited a volume revisiting R.H. Tawney’s classic The Agrarian Problem in Sixteenth Century England in 2013.

Please get in touch if you are interested in doing a PhD on any of the topics or subject areas below, or would like more details about opportunities for funding.

I have ERC (European Research Council) funding a part of a larger projct for a PhD on:

Exeter has access to ESRC PhD funding which can be used for any of the PhD projects suggested below - the deadline for applications is January or February each year. Exeter has a good track record of success in getting funding for PhD projects of this type.

I would particularly welcome students to work on these specific PhD projects, some of which I have already scoped out the document-base for:

I am also keen supervise students on the following topics:

Member of Learning and Teaching Committee for the School of Humanities and Social Sciences, 2004-7.

Fellow of the Royal Historical Society.

Chair of the British Agricultural History Society (on the executive committee since 1999; organiser of the annual Winter Conference 2001-2012).

PhDs examined at the Universities of Leicester, Cambridge, Middlesex and Queen Mary London.

Fellow of the Royal Historical Society 2005

Fellow of the Academy of Social Sciences 2016