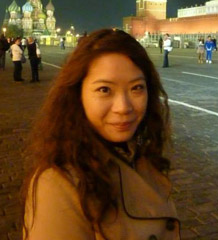 I am a historian of late-imperial and early-soviet Russia, with a particular focus on the regional history of the Russian Far East and Northeast Asia. Much of my work deals with the interactions among Russia, China and Japan during this period and how they reflect wider conceptions of empire and modernity. Specific interests include:

As a British Academy postdoctoral fellow, I am working on a broader project on the Chinese and Japanese communities in Russia and the rise of diaspora nationalism in the wake of the 1917 revolutions. I have published articles on Sino-Russian relations during the Russian Civil War, organised an international conference on the Asian Arc of the Russian Revolution, and work with scholars in both Russian and East Asian studies.

My research deals with the Chinese and Japanese presence in Russia during the mid-19th to early-20th centuries. I am especially interested in ground-level interactions between diaspora groups, local officials and the Russian community - particularly in the context of imperial collapse, revolution and Civil War - and how these relate to wider issues of modernity and nationalism in East Asia. Currently, I am developing a book project on the Chinese and Japanese communities in the Russian Far East and their adoption of two strategic approaches to the Russian Revolution: opportunistic nationalism and humanitarianism.

Other research projects include a study of Chinese workers in the tsarist army and the attempts to repatriate them after the 1917 revolutions, as well as the role of Chinese chambers of commerce in undermining the "rublezone" in the Sino-Russian borderlands.

As my work naturally transcends geographical boundaries, I am keen to open avenues of dialogue between Russian and East Asian studies, both by emphasising the use of East Asian sources on Russia and by working closely with colleagues in Sinology and Japanology.

Shots across the Amur: Chinese Sources on the Russian Revolution

A wealth of Chinese-lamguage sources exists on Russia, but is inaccessible to many western readers and scholars who may not have the necessary linguistic skills. I therefore blog at, translate and curate a digital database of selected Chinese texts, Shots Across the Amur, which is based on documents published as Zhong-E guanxi shiliao by Academia Sinica, Taiwan.

The Asian Arc of the Russian Revolution: Setting the East Ablaze?

I am part of a joint French-Singapore research team, funded by a grant from Universite Paris Sorbonne Cite and the National University of Singapore. As part of the grant, our team organised an international conference in November 2017 on the trajectory of the Russian Revolution in the wider Asian region, including relatively neglected areas in East, South and Southeast Asia. The conference brought together scholars from a range of disciplines, bridged the divide between Russian and Asian studies, and explicitly encouraged critical, comparative and transnational approaches.

Following the success of the conference, I am now working with colleagues Prof Sabine Dullin at Sciences Po and Prof Naoko Shimazu at Yale-NUS College to edit a collection of the papers presented.