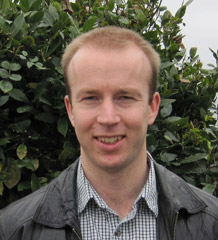 My research interests lie in British political history since 1945 and, more specifically, the politics and history of the Labour Party. I am particularly interested in how British politics has been (and remains) shaped by emotionally-imbued identities rather than by rational considerations and calculated actions. My book Nostalgia and the Post-war Labour Party: Prisoners of the Past (MUP, 2018) explores the different ways in which nostalgia has impacted on Labour's political trajectory and hindered the party's capacity for modernisation. This book is due to be published as a paperback in September 2021.

I started my current role as Lecturer in 20th Century British History at the University of Exeter in September 2019. I teach a range of modern historical and political topics, including the Special Subject 'The Yes, Minister Files: Perspectives on British Government since 1914'.