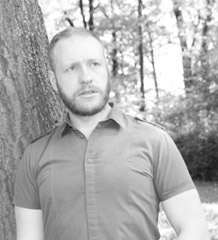 I work on the cultural history of modern Germany and am currently finishing up a book on Heimat (local and regional places of home) and democratization in postwar West Germany, entitled Geographies of Renewal: Heimat and Democratization in West Germany, 1945-1990. My second book project moves into the history of emotions and examines the emotional history of the Carnival tradition and its radical reinvention in German-speaking Europe across the longue durée.

I received my Ph.D. in European History from Vanderbilt University and subsequently spent a period as an Alexander-von-Humboldt Fellow at the Free University of Berlin in the team of Prof. Dr. Paul Nolte. I came to the University of Exeter from the Friedrich-Alexander University, Erlangen-Nuremberg, where I began laying the groundwork for my second book project. I have received grants in support of my research from the German Academic Exchange Service, the Fulbright Commission, the Alexander-von-Humboldt Foundation and the Central European History Society.

My research interests are situated broadly within German cultural history, spatial history, memory, and the history of emotions. My first book project examines a cultural turn to home towns and region (Heimat) after 1945 in West Germany as sites of new civilian life, federalist ideas of nation and alternative sources of democratic and European identities. The work shows how West Germans in a range of cities and regions reinvented traditions and drew on key historical memories to argue for “democracy,” “world-openness,” and “tolerance” as tenets of local and regional identities. In my work, I am particularly interested in how popular desires for home and belonging can be reconciled with cosmopolitanism, democracy, and greater inclusion of outsiders. I am very much interested in collaboration and undertaking in future more nationally comparative work on localism, regionalism and ideas of home.
My second book project on the emotional history of Carnival is based on extant work that I have published on processes of “reinvention” of tradition. Rather than looking at traditions invented in the recent past, I am interested in looking at how the perceived meanings of ongoing traditions have undergone radical changes and how these changes can help excavate broader shifts in the history of mentalities and the history of emotions. In the case of Carnival, the tradition evolved from a medieval metaphor of the Kingdom of Hell to a modern representation of positive joy to be unambiguously embraced. I welcome future collaboration on the study of tradition, rituals, and the history of emotions.

I have taught in different contexts in the United States, Germany and now the UK and believe that students learn most effectively when they are able to function as active producers of knowledge rather than passive recipients. I particularly enjoy research-led teaching and working through some of the newest scholarship with students.
Modules Taught:
University of Exeter, Cornwall Campus
-People’s History II: Politics, Place and Identity (HIC 1601)
-Germany 1500-Present: A Cultural History (HIC 2334)
-Regionalism in Modern Europe (Third-Year Module planned for 2019-2020)
University of Erlangen-Nuremberg (2017-2018)
-The Cultural History of Postwar Germany, 1945-1968 (Taught in German)
-Introduction to the History of Emotion, Postgraduate Module (Taught in German)
Free University of Berlin (2016)
-The Heimat Concept in Modern History (Taught in German)