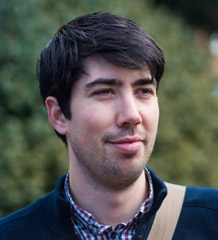 Originally from Spain, I came to the UK in 2007 and studied for a BA and MA in History at the University of Exeter. In 2011 I was awarded funding by the AHRC to carry out research into the 1920s Ku Klux Klan, its role as a fraternity and its turbulent relationship with the Freemasons. I was also awarded a fellowship at the Kluge Center of the Library of Congress in 2013, where I was invited to use their extensive archives on the Klan to advance my research. My thesis, entitled "Fighting Fraternities: The Ku Klux Klan and Freemasonry in 1920s America" was supervised by Professor Kristofer Allerfeldt and was completed at the Penryn Campus in 2015.

My first book, based on my doctoral thesis, was published in 2019 with Routledge as part of their Fascism and Far Right Series.

My current research focuses on examining how white supremacist and nativist organizations perceived and interacted with Mexican immigrants and Mexican-American citizens in the period before the 1930s. This research has been funded in part by the Texas State Historical Association through the Catarino and Evangelina Hernandez Fellowship and with a grant awarded by the Michigan State University Library's Summer Research Grants.

The growth and decline of the Ku Klux Klan in American history has always been a subject of interest to me, but my own research focuses more particularly on the Second Invisible Empire of the 1920s. This organization was by far the largest Klan in America's history, recruiting anywhere from 2 to 6 million Americans to its ranks with its unique combination of white supremacy, Protestant revivalism, conservative morality and unwavering “100% American” patriotism. My research has analysed this organization’s role as fraternity, exploring how the Klan exploited the nation’s obsession with ritualism, fraternity and secrecy to become the most significant mass-movement of the early Jazz Age. My work has gone beyond dispelling some of the most well-known myths of the 1920s Klan to trying to understand how these myths took hold in American society and its historical narratives.

My research focuses on the United States between 1865-1929, and I am happy to supervise students working on almost any aspect of this period. However, I am especially interested in supervising research relating to the Klan, race relations, nativism and organized vigilantism in American history. I am also interested in supervising anyone who is undertaking projects in the budding field of fraternal studies or Masonic history.