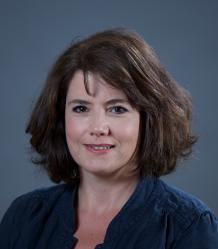 My interests are in the twentieth-century social and cultural history of medicine, with particular reference to:

I am currently working on Professor Mark Jackson's Wellcome-Trust funded project: Lifestyle, health and disease: the history of the concept of balance in modern medicine.  Specifically, my remit is to investigate the concept of 'balance' in relation to scientific and clinical accounts and patient experiences of coping with mental illness.

I have recently completed a Wellcome Trust funded project on masculinity and health since the Second World War. Its broad remit was threefold. Firstly, it uncovered the ways in which constructions of masculinity impacted upon patterns of psychological and psychosomatic illness amongst men. Secondly, it explored the relationship between notions of masculinity and men's willingness to report symptoms; and thirdly, it examined attitudes of clinicians and their approaches to treating men.  The findings from this project will be published in a forthcoming monograph entitled, A History of Male Psychological Disorders in Britain 1945-1980 (Palgrave Macmillan, 2015).

I have a strong interest in making my research accessible to a wider audience and I am currently working with a wide range of clinicians and academics in the field of men's mental health.  I have also recently co-authored an online 'continuing professional development' module for the Royal College of Psychiatrists on the social history of mental illness and how attitudes towards it are influenced by broader societal factors.

I am also a keen oral historian and have undertaken two significant oral history projects - one with women who had experience of depression and anxiety during the 1960s, the other with retired general practitioners.  Along with a colleague Wendy Rickard, I have recently launched the University of Exeter Oral History Network which meets regularly for seminars and workshops.

I am happy to discuss research proposals on any subject relevant to my research expertise.  In particular, I am happy to consider working with candidates with interests in the following areas:

History of mental health/illness from the early twentieth century onwards

History of masculinity and health from the twentieth century

Women and mental illness in the modern period

Gender and health from the twentieth century

Betsy Lewis-Holmes, 'From Health to Leisure? Girlhood and Exercise in England 1874-1914'.

Jaqueline Hopkins, 'The Psychiatrist in Fiction'.

In recent years I have been involved in a wide range of public engagment and impact activities in the field of men's mental health.

I am particularly interested in promoting the value of history in current debates about gender and mental health.  I have contributed a Policy Paper and an Opinion Article on male suicide to the History and Policy Website and have also produced a written submission to the Health Select Committee enquiry into suicide.

I work locally with a wide range of organisations in the City of Exeter, raising the profile of men's mental health.  In September 2016, I organised a summit on men's mental health jointly with Exeter City Football in the Community and Active Devon.  This event, entitled #DevonMinds2016, brought together individuals with lived experience of mental illness with representatives from public health and the third sector, to investigate how we might better prevent suicide and improve the mental health of men in vulnerable groups.

I have also organised two events for the ESRC Festival of Social Science, which aimed to open conversations about men and mental illness - one held at Exe Valley Leisure Centre in Tiverton, the other organised jointly with Magic Carpet Arts for Health (a local charity), in St Stephen's Church, Exeter.

Forthcoming events include a talk planned for the 'Friday Late Spectacular' at the Wellcome Collection, entitled 'Macho' on 7th April 2017.

I returned to undergraduate study as a mature student, after many years in different occupations outside academia. I went on to gain a Masters in Medical History and was awarded my PhD at in 2008 (both generously funded by the Wellcome Trust).  Since this time I have been working as a Research Fellow in the Centre for Medical History

I am very keen to encourage and support students who apply to university from non-traditional routes and those who are interested in returning to study following a career outside academia.