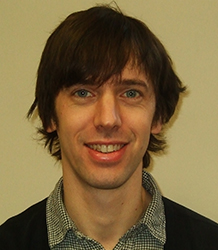 And by appointment (please email)

Office: Laver 301 (up main stairs in Laver to first floor, turn right and through double doors into Archaeology, my office is the first on the right)

One of my current research projects (funded by the AHRC) can be followed via this website: revolutionaryduchess.exeter.ac.uk.

I joined the University of Exeter as Lecturer in European History in September 2014. Before arriving here I had been researching and teaching at Queen Mary, University of London for seven years (including studying for my PhD from 2007-2011, under the supervision of Professor Colin Jones, FBA). I have also worked in the British Library, London as a Cataloguer of Early Printed Books (2012-13) and led a digitisation project of eighteenth and nineteenth-century French broadsides held at the John Rylands Research Institute, Manchester (2014). I received my BA in History (2004) and MA in Early Modern History (2006) from King’s College London.

My research centres on eighteenth-century France, with a focus on the French Revolution (1789-1799) and the mechanics and impact of ‘revolutionary justice’ and the Terror during that decade. I am also interested in French and European legal and print cultures more generally, and in the possibilities for integrating colonial angles into the study of European history (especially via eighteenth-century connections to Saint-Domingue/Haiti and elsewhere in the Caribbean). During my first three years here at Exeter I was also a British Academy Postdoctoral Fellow. While holding this award I undertook research in the UK, France and the USA on the topic of ‘Victims and the French Revolutionary Terror, c.1793-1799’. I am currently Co-I on a 24 month AHRC research project titled 'The Duchesse d'Elbeuf's Letters to a Friend, 1788-94'.

In terms of teaching, I offer a Level 1 module on eighteenth-century France (using legal sources to interrogate issues including ancien regime structures of power, the cultural impact of the Enlightenment, and revolutionary politics) and a Level 3 Special Subject on France and Empire, 1756-1830 (tracking the themes of reform, revolution and counter-revolution across metropolitan and colonial terrains during this period). I also contribute to various core modules, including lectures on the eighteenth-century elements within the Level 1 Understanding the Modern World module.

I am currently building on my research into French Revolutionary politics and culture by investigating its intersection with the dynamics unleashed by the contemporaneous revolution in the French colony of Saint-Domingue. I have presented preliminary research in this area at national and international seminars and conferences in York, London, Exeter and Boston, MA.

A British Academy Postdoctoral Fellowship (2014-17) funded my last major research project, titled ‘Victims and the French Revolutionary Terror, c.1793-1799’. This focused on the activities of surviving Terrorist victims during the Thermidorian Reaction and Directory (August 1794-November 1799). I used provincial archives in France and print collections in the USA and the UK to track the political and cultural impact of victims during the second half of the Revolutionary decade. Their diverse activities, which ranged from publishing some of the very first histories of the Terror to seeking financial compensation through the courts, provide important material for studying the legacies of state-sanctioned violence which France had to grapple with all the way through into the Napoleonic era.

Parts of this research are to be published in my article ‘Reliving the Terror: victims and the Thermidorian Reaction in France, 1794-1795’, which has been accepted for publication in History.

WATCH a video of the first paper I gave on this British Academy research at the annual conference of the Society for French Historical Studies (Colorado Springs, April 2015).

LISTEN to another paper I gave during the project, at the Institute of Historical Research (January 2017).

The subject of my AHRC-funded PhD was ‘Reassessing Revolutionary Justice: Suspects, the Paris Revolutionary Tribunal and the Terror in France, 1793-1794’ (Queen Mary University of London, 2012, supervised by Professor Colin Jones, FBA). This research focused on the mechanics of the French Terror (1793-1794) and the reactions of those affected by it. I demonstrated the previously unacknowledged influence that defence activity had, both on the system of repression and wider French culture. This work is in the process of being turned into a monograph, provisionally titled ‘Contesting the Terror: Suspects, Victims and Revolutionary Justice in France, 1793-1794’. Some of the preliminary findings from this thesis have already been published in the following:

'Defence, Collaboration, Counter-Attack: The Role and Exploitation of the Printed Word by Victims of the Terror', in David Andress ed., Experiencing the French Revolution (Oxford: Oxford University Press, 2013), 137-54

‘Mapping the Terror: the Paris Revolutionary Tribunal and the Development of a National System of Revolutionary Justice’, European History Quarterly, Vol.44, No.1 (January, 2014), 5-32