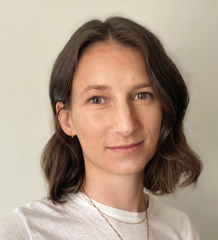 I am a social and cultural historian of modern South Africa, with particular research interests in histories of gender, violence, and memory during the apartheid and post-apartheid periods. My first monograph, Young Women against Apartheid: Gender, Youth and South Africa's Liberation Struggle will be published by James Currey in January 2021. As of January 2020 I will be taking up a UKRI Future Leaders Fellowship to explore the longer history of sexual violence in South Africa. More about this project can be found here.

My research predominantly uses oral history interviews to access voices excluded from South Africa’s archives, and to understand the relationship between the past and the present, and the personal and collective. My previous research has appeared in Gender & History, Journal of World History and the Journal of Southern African Studies.

My primary research interests are in histories of gender, violence, and memory in twentieth century South Africa. My first monograph, Young Women against Apartheid: Gender, Youth and South Africa's Liberation Strugge, is the first historical study of African female children and youth during the latter years of the apartheid state, and the first extensive exploration of ‘female comrades’ – girls and young women who joined political organisations, engaged in protest, and took up arms against the apartheid state and its allies. Through oral history interviews and archival research, it explores why female students and youth joined the liberation struggle, the roles they played, and how they narrate and make sense of their former activism. It demonstrates that girls and young women were decisive actors in the liberation struggle, and were not demobilised from politics as the struggle grew increasingly confrontational and violent in the mid-1980s as previous historians have argued. Primarily a work of oral history, the monography is not only concerned with what young female activists did, but equally with how they reconstruct their pasts, relate their personal experiences to collective histories of the struggle, and insert themselves into a historical narrative from which they have been excluded.

In January 2020 I will take up a UKRI Future Leaders Fellowship on the project South Africa's Hidden War: Histories of Sexual Violence from Apartheid to the Present. This 4-year project will explore the longer history of sexual violence in South Africa from the 1940s to the present through the voices of those most affected by it: African women and girls. It will explore how African women have conceptualised, experienced, and sought justice against the ubiquitous violence that shapes their day-to-day lives.  It seeks to explore the histories of sexual violence in a range of contexts: in everyday life and within romantic relationships in South Africa’s townships; as a facet of the wider crime and gangsterism that was prevalent within these communities from the 1940s onwards; as linked to economic struggles over livelihood and survival; as part of or related to South Africa’s liberation struggle and the fight against apartheid; and as linked to the period of ‘transition’ violence that engulfed the country from 1990 to 1994. The primary questions it seeks to address are: how do African women define and conceptualise sexual violence, and how have these definitions changed over time? What strategies have women employed to limit, address, or seek justice against sexual violence, and where have they deemed these to be most successful? How do women narrate and remember sexual violence, and what position does such violence occupy within their wider life histories? How did women’s experiences of sexual violence change (or not change) over the course of the apartheid and post-apartheid periods?

My wider research interests include:

My current UKRI Future Leaders Fellowship project works in collaboration with the Khulumani Support Group in South Africa and two of its board members: Nomarussia Bonase and Judy Seidman.

I am happy to supervise MA or PhD students working on:

- Gender history (particularly colonial/global; or in relation to violence, activism, or generation)

- Histories of sexual or political violence (particularly African or colonial/global)

- Histories of childhood and youth

Jack Reeves, MA by Research, 'The Freedom Bus: A Palestinian Activist Narrative of the Israeli-Palestinian Conflict'

From January 2020 to 2024 I will be taking up a UKRI Future Leaders Fellowship, and will not be teaching at Exeter during this period. I will still continue to supervise postgraduate students, and am happy to take on new students at this time.

I completed my undergraduate degree in History and International Development at Dalhousie University in Canada before reading for a MSc in African Studies at the University of Oxford. In 2013, I began my doctoral research here at Exeter under the supervision of Dr Stacey Hynd, during which I spent a year as a visiting research fellow in Johannesburg at the University of the Witwatersrand. After completing my PhD thesis in 2016, I taught at both Exeter and Plymouth University for a year before beginning my current post as Lecturer in Global and Imperial History in 2017. In January 2020 I started a UKRI Future Leaders Fellowship, working on the project: 'South Africa's Hidden War: Histories of Sexual Violence from Apartheid to the Present.'