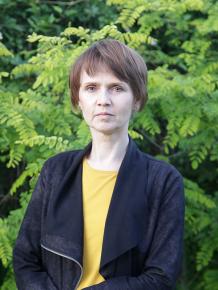 My research interests are in the Soviet and Post-Soviet studies of nationalism, memory and identity, the international history of heritage protection, postcolonial history of outer space, history of systemic transformation after the end of communism.

I published monograph (Struggle Over Identity: The Official and Alternative Belarusianness) (CEU Press) in 2010, co-authored Orthodoxy Versus Post-communism? Belarus, Serbia, Ukraine and the Russkiy Mir. Cambridge: Cambridge Scholar Publishing, (2016), and co-edited a special issue of International Journal of Heritage Studies ‘Heritage, Socialism and Internationalism’ (2020). My works published in the Theory and Society, Slavic Review, International Journal of Heritage Studies, Nationalities Papers and others.

Before coming to Exeter in 2014, I held research posts at Harvard University, the Institute of Human Sciences in Vienna, New York University, and taught at the University of Warsaw.

My research addresses the social and cultural history of socialism in Soviet Union, the history of nationalism and postcoommunist transformation, the politics of memory and transitional justice, postcolonial studies of outer space.

Decolonising Modernity through the Cosmos: this project provides crucial insight into how ideas of postcolonial nationhood and globalism are imagined and performed through outer space development projects. Drawing on a multidisciplinary methodologies from both the social sciences and humanities, this projects brings into comparative and transnational study in order to: a) provide analysis of national space policies of postcolonial nations through the study of institutions, discourses and representations and infrastructure; b) investigate how transnational flows of space ideas and practices between nations can forge alternative pathways of globalisation; c) examine how diverse social, political and cultural actors contest the official outer space programmes and contribute to public debate on space policies.

12/2020-12/2022 «Space in Cultural Landscape of Kazakhstan: Historical and Cultural Dimension” funded by the Ministry of Education and Science of Kazakhstan.

04/2021-04/2023 “The contribution of the socialist states of Eastern Europe to international criminal and humanitarian law after 1945” Romanian Research Council.

03/2016 – 06/2019 “The criminalisation of non-democratic pasts in Europe and Latin America in global perspective” AHRC (Care for the Future) – LABEX joint funded project (University of Exeter - University of Paris Ouest Nanterre).

01/2015-12/2017  Memory Practices: Conceptualization of the Past in the Contemporary Culture of Kazakhstan funded by the Ministry of Education and Science of Kazakhstan. (Eurasian National University, Astana, Kazakhstan.)

I have been involved in impact-generating activities through cooperation with museums and memory activist groups. Within “The Criminalization of Dictatorial Pasts” project, I co-organised several workshops for museum practitioners, including  the “Memory of Dictatorships in Latin America, Eastern Europe and Post-Soviet States” – jointly with the International Committee of Memorial Museums in Remembrance of the Victims of Public Crimes (IC-MEMO) at the General Assembly of ICOM (International Council of Museums) in Milan, 2016) – and the international workshop, “Building Bridges: Linking Memories of Past Dictatorships through Museums and Memorial Sites” (Bucharest, Romania) that brought together museum practitioners, memory activists and academic scholars working on memory. I also engaged in a series of public events that took place at Memorial Museums across the post-Soviet world (Kazakhstan, Russia, and Belarus) with independent memory activists to discuss the challenges inherent to memory work in post-Soviet countries and to facilitate cross-cultural cooperation between memory activists.

I have reviewed publications for following journals:

Journal of Multilingual and Multicultural Development,

I have an interdisciplinary teaching background having held positions in history and social science.

At the University of Exeter I am a mpdule convenor of the core first-year module HIH1041 Approaches to History and the dirst year module HIH1043 “The End of Communism”. I have previously run HIH2018 “The Savage Continent: The history of violence in Europe”.

I completed my PhD at the Graduate School for Social Research, at the Polish Academy of Sciences and worked as an Assistant Professor at the University of Warsaw (2008-2012). I have received several research fellowships at the Institute of Human Sciences in Vienna (2003), the Remarque Institute, NYU (2007), vising scholarship at Hokkaido University, Postdoctoral Research Fellowship at the Davis Center for Russian and Eurasian Studies at Harvard University (2012-13), and Aleksanteri Institute visiting feollowship (2020).

I joined the History Department at the University of Exeter in January 2014.