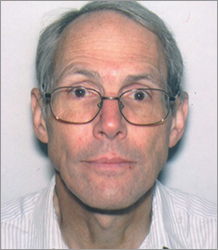 My principal area of interest is in the history of the Habsburg Monarchy in the Dualist period (1867-1918), and in particular the Monarchy’s troubled relationship with Serbia and the South Slavs.  By extension this gives me a wide-ranging interest in the history of Central and Eastern Europe generally, as well as the history and theory of nationalism.  In addition I have a strong side interest in modern German history, particularly the imperial period.

As a Canadian, I have always had an innate interest in how states cope with nationality problems, and from this perspective the Habsburg Monarchy’s multiple nationality problems in the last century of its existence exercise an irresistible attraction.  At the same time the problems of such multinational states can have ominous implications for international relations; in particular the Monarchy’s relationship with Serbia stands at the heart of any explanation of the origins of the First World War.

My PhD research, under the supervision of the late Professor László Péter at the School of Slavonic and East European Studies, UCL, was on the subject of “Austro-Hungarian Policy towards Serbia 1867-71, with Special Reference to Benjámin Kállay’.  It focussed on the specifically Hungarian input into the Monarchy’s Serbian policy in this period, and was based on a wide variety of sources in Vienna and Budapest as well as much printed source material in Serbo-Croat.  A much expanded treatment of this subject was published by Purdue University Press in 2014 as Apple of Discord:  The ‘Hungarian Factor’ in Austro-Serbian Relations 1867-1881.  Since 2010 I have been engaged in further research, mainly in the Vienna archives, into the Austro-Serbian relationship from the secret treaty of 1881 to the Serbian Revolution of 1903; the intention is to produce a sort of sequel to Apple of Discord, provisionally entitled Train-Wreck in Slow Motion:  Austria-Hungary and Serbia 1881-1903.  In the last decade in particular I have published a succession of articles revolving around different aspects of this subject.

I am a native of Victoria, British Columbia, and completed my BA in History at the University of Victoria in 1974.  In 1976 I came to Britain to do my postgraduate studies, and remained in the UK for the next thirty years.  I did my MA in International History (1815-1919) at the London School of Economics & Political Studies (1977), and completed a part-time PhD in History at the School of Slavonic & East European Studies [SSEES] in 1994.  After teaching part-time at SSEES in 1993-94, I was a Lecturer, then Senior Lecturer in Modern European History at Staffordshire University from 1996 to 2005.  After a year’s teaching at SSEES (2005-06), I returned to Canada to take up an appointment teaching European and World History at Grant MacEwan Unversity, in Edmonton, Alberta, where I remained until my early retirement in 2014.  My wife and I returned to the UK that year, and are now settled in north Devon.  As an Honorary Fellow at Exeter I am happy to offer a 'sources and skills' course on the Habsburg Monarchy in the Dualist period, and hope to make additional contributions in the future.