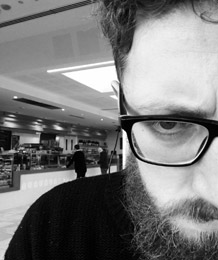 My thinking is especially alive to questions of how literature and cinema might help us envisage or even engineer a better world than the dumpster fire we now inhabit. Within this frame, I tend to write about how different forms respond to the vicissitudes of modern capitalism, to the practicalities of revolution, and to the possibility of communism. I make no bones about the fact that this research is fueled by political commitment.

My research and writing are currently directed toward a history of class war. This book, which ranges from the eighteenth century through the present, is about the making and unmaking of social class through armed insurrection and revolutionary combat. It contains chapters on uprisings in Haiti, France, Russia, and China; on labor movements in England, Europe, and America; on fighting fascists in Germany and Italy; on wars of decolonization in Africa and South America; and on militant tendencies within BLM. It is under contract to be published by Verso.

I have published extensively in the field of modernism and I maintain personal and professional investments in the aesthetics of horror, in the political dimensions of narrative and poetic form, and in critical theory as a grounds for solidarity.

I am the author of Red Modernism and Splatter Capital.

I have a very wide range of research interests, would be happy to speak with potential research candidates in any of the fields or about any of the figures mentioned on this profile page, and tend to be enthusiastic about what others will tell you are absurdly overambitious projects.

I am especially keen to supervise candidates interested in:

I am committed to supporting BME, LGBTIQ, and working-class students, and will happily respond to general inquiries.

I have written journalism and have been featured in interviews and articles for national and international media. My words have appeared in the following places (with links, where available):

I peer-review critical work for numerous journals and presses (including Cambridge, Edinburgh, and Illinois). Journal and press editors: if you would like me to review an article or manuscript please emai.

I joined the University of Exeter in January 2018.

My former life was in Australia, where I was the first member of my family to finish school and go to university.

I left Australia when my ARC-approved research project, "Red Hollywood: Communist Style Before the Blacklist" (335,788AUD), was personally vetoed by the conservative minister for education.

While this might have been a targetted attempt at ending an academic career for purely ideological reasons, there remains some joy in pointing out the irony that my project was to have retold the story of how numerous filmmakers were denied work because of real and alleged political commitments.