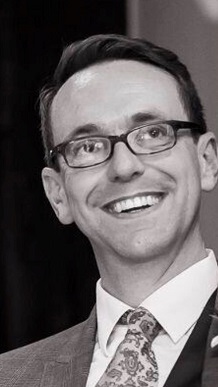 I research and teach British literature of the eighteenth century and Romantic period. My monograph, Sympathy and India in British Literature 1770-1830 (Palgrave Macmillan), was published in 2011, and I am currently writin a cultural history of charity in the eighteenth century. This builds on experience I acquired as Parliamentary Manager at the Charity Commission for England and Wales before joining Exeter in 2013.

I hold a PhD from the University of Cambridge and have studied at the University of Durham, Trinity College, Cambridge, and Yale University. I have held numerous fellowships (most recently at Yale’s Lewis Walpole Library and the School of Advanced Studies in English, University of Jadavpur) and speak regularly at conferences, seminars and public events. Since 2015, I have been a member of the Arts and Humanities Research Council’s Peer Review College.

My research interests lie broadly in eighteenth-century and Romantic period literature, especially Romantic Orientalism and the writings of Sir William Jones and his circle. My monograph, Sympathy and India in British Literature, 1770-1830, published in the Palgrave Studies in the Enlightenment, Romanticism and the Cultures of Print series in 2011, explores writing on India specifically in the context of imaginative sympathy and its power to facilitate, and indeed complicate and subvert, imaginative transactions between different peoples and cultures. The book examines the work of Edmund Burke, Jones, Elizabeth Hamilton, Charles Maturin, Robert Southey and Thomas Moore amongst others.

Corresponding to this, I am interested in theories of imaginative sympathy, emotion and affect as they manifest themselves in the literature of the period. My work explores the influence of writers and thinkers associated with the Scottish Enlightenment on British Romanticism as a whole and in particular in relation to expressive poetry.

I have additional interests in the popular print culture and visual arts of the eighteenth century and Romantic period, as well as the poetry of Robert Bloomfield,and, turning to more recent times, the writings of Frederick Rolfe, Evelyn Waugh, Francis Yeats Brown and Bruce Chatwin.

I am happy to supervise in any area mentioned on the overview and research interest pages of my profile. I particuarly welcome topics concerned with sensibility, sympathy and Eastern cultures.

I was born and brought up in Essex and attended King Edward VI Grammar School in Chelmsford. I studied for my undergraduate degree (BA English Class I) at the University of Durham. At Trinity College, Cambridge I obtained an MPhil in English (distinction) and a PhD in English (obtained in 2005). For several years, I worked outside academia, most recently as Parliamentary Manager at the Charity Commission for England and Wales. I was appointed Lecturer in English at the University of Exeter in 2013, and promoted to Senior Lecturer in 2018.