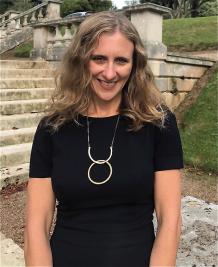 Professor Plock's third monograph The BBC German Service during the Second World War: Broadcasting to the Enemy, for which she was awarded a sixteen-month research fellowship from the Leverhulme Trust in March 2017, tells the story of the people responsible for delivering the propaganda programmes that went out on BBC airwaves to listeners in Nazi Germany. Who were the individuals behind the microphone, whose names could only be mentioned in whispered conversations on the continent? Who wrote the news programmes, the features and satires that offered comic relief to housewives struggling to obtain enough food to feed their families? Who made decisions about programme delivery and staffing? Drawing extensively on previously unexplored archival sources, her book sheds light on the difficult working conditions in the BBC German Service in war-time London. Here, in the BBC's recording studios people from different nationalities, social backgrounds and political convictions collaborated and argued about the delivery of an effective propaganda programme that could assist the Allies in defeating the Nazis. By making many of the stories of these individuals available for the first time, The BBC German Service during the Second World War: Broadcasting to the Enemy offers a fascinating new picture of the wartime BBC. An article on Erika Mann's work at the BBC German Service was published in modernism/modernity in January 2020.

Professor Plock's research on the BBC German Service has attracted interest from the following newspapers, broadcasters and information providers:

Different aspects of her research have also been discussed in The Guardian, The Daily Telegraph and The Times. In 2019 the Leverhulme Trust Newsletter (pp. 10-11) included an article about the project.

She was interviewed for the BBC Archive on 4 production Beating Hitler with Humour that was broadcast on 31 August 2019 to commemorate the 80th anniversary of the beginning of the Second World War. She also spoke on BBC Radio Devon on 15 November 2021 about differnt aspects of her research on the BBC German Service.

She has also advised on and was quoted in a BBC Culture article "Death on the Nile and Addressing Racism in Agatha Christie" (February 2022).