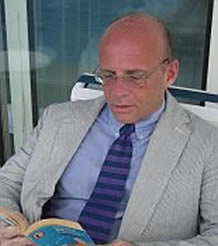 My research in recent years has been centred largely in the area of (1) traditional literary biography (2) the critical editing of key eighteenth-century texts (3) studies of literary genres and modes and, finally (4) diachronic patterns of narrative formation and transformation.  I published a lengthy and definitive biography of the eighteenth-century poet and scholar Thomas Gray (Thomas Gray: A Life, Yale 2000), and a revised critical edition of Oliver Goldsmith's novel 1764 The Vicar of Wakefield with Oxford University Press in 2006. 2007 saw the publication of a critical edition with extensive textual apparatus of the Austen family periodical The Loiterer, and also of my study of modes of literary reference and text-specific allusion in the early modern period, The Genius of Parody: Imitation and Originality in Seventeenth- and Eighteenth-Century English Literature (Palgrave- Macmillan). My critical edition (again with Oxford University Press) of the original nineteenth-century 'penny blood' narrative Sweeney Todd (1846-47), and also my full-length study The Wonderful and Surprising History of Sweeney Todd: The Life and Times of an Urban Legend (Continuum) are to be published in January 2008 and November 2007, respectively. Also in press and scheduled for publication in 2008 are my extended contributions to the Blackwell's Companion to Jane Austen ('The Austen Family Writing'), The Arabian Nights in Historical Context: Between East and West (Essay and Bibliography for the entire volume -- the result of my participation as Featured Speaker at the University of California at Los Angeles' tercentenary celebrations for the publication of Antoine Galland's Arabian Nights in October 2005 -- to be published by Oxford University Press), as well as articles for Notes & Queries and a number of essay-reviews for publications including the Review of English Studies and Eighteenth-Century Studies.

Earlier publications include essays on John Dryden, George Lillo, Thomas Gray, Frances Burney, and critical editions of eighteenth-century texts such as Frances Burney's The Wanderer, and Horace Walpole's The Castle of Otranto, and selections of the poetry of Thomas Gray and Oliver Goldsmith (Everyman). I have also edited the English translation of Antoine Galland's 1704 - 1717 version of the Arabian Nights' Entertainments for O.U.P.'s 'Worlds Classics' series; a selection of eighteenth-century Oriental Tales was included in the same series in 1992. I have contributed to the New Dictionary of National Biography, the Encyclopaedia of Homosexuality, the Encyclopaedia of Romanticism, and the Oxford History of Literary Translation.

I was Visiting Associate Professor of Vassar College in 2009.