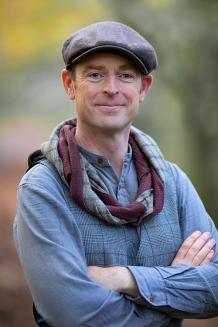 My research looks at Irish and Scottish writing in the Romantic century (1750-1850), with a focus on the relationship between imaginative literature and political and historical agency and notions of nationality.

At present, I am interested in ideas of eloquence in this period; how a reputation for oratorical excess affected conceptions of Irish literature and nationality; and the connection between rhetoric, civic society, political economy, and Scottish philosophy fed into the categorisation of ‘literature’ in the modern sense. Authors looked at include Richard Brinsley Sheridan, Edmund Burke, Thomas Moore, Sydney Owenson, Maria Edgeworth, Mary Tighe, Richard Lalor Sheil, Sir Walter Scott, and the writers associated with the Young Ireland movement.

I’m interested in Romantic period literature, early-to-mid Victorian literature, Eighteenth-century literature. I also have an interest in the historical relationship between rhetoric and literature from the Renaissance to the present. In addition to this, I am interested in Twentieth-century Irish and Scottish literature, particularly in the area of poetry and the novel.

I am open to discussing research proposals on any relevant subject given my research expertise. I am especially happy to consider working with candidates with interests in the following areas

I studied for a BA in English and MA in Anglo-Irish literature in University College Dublin (1994-98). In 2000 I went to the University of Edinburgh where I studied for my PhD with the Department of English, using the work of the Irish Gothic novelist Charles Robert Maturin (1780-1824) to examine wider issues in Romantic period fiction. I was awarded an IRCHSS post-doctoral fellowship in 2006-07 in University College Dublin. This was followed by a 3-year position in the National University of Ireland, Maynooth, where I lectured across the curriculum, concentrating on Romantic, Victorian, and Twentieth-century writing. I also lectured in the University of Sheffield where I led seminars from Renaissance literature right up to the present day. I joined the University of Exeter in 2012.