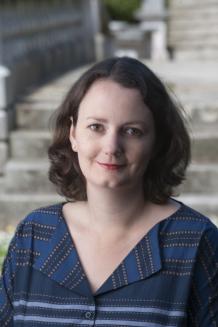 My research focuses on the literature of the late eighteenth and early-to-mid nineteenth centuries.  I am particularly interested in the intersections between literature, history and politics in nineteenth-century Britain and in the public significance of the private life in Romantic and post-Romantic literature. As a practicing biographer I am also interested in the history of life-writing and archives, and in current developments in biographical form. In June 2018 I was elected a Fellow of the Royal Society of Literature.

My first book, Young Romantics: The Shelleys, Byron and Other Tangled Lives, was published by Bloomsbury (UK) and Farrar, Straus and Giroux (US) in 2010. Young Romantics focuses on the families of Percy Bysshe Shelley and Leigh Hunt and on the political, intellectual and emotional significance of Romantic sociability. It was awarded the Rose Mary Crawshay Prize by the British Academy and was also highly commended by the John Llewellyn Rhys Prize and shortlisted for the Biographers’ Club First Biography Prize.

My second book, Mr and Mrs Disraeli: A Strange Romance, was published in January 2015 by Chatto and Windus (UK) and FSG (US).  This book traces the history of the Disraelis’ unusual courtship and marriage and is particularly concerned with the afterlife of Romanticism, the relationship between fact and fiction and the stories of Victorian women who, like Mary Anne Disraeli, sought to move beyond the circumstances of their birth to create for themselves fulfilling and stimulating lives. It was shortlisted for History Today's Book of the Year Prize, and won a Somerset Maugham Award in 2016. In September 2018 I published a short book with the Bodleian Library to mark the bi-centenary of Frankenstein: The Making of Mary Shelley's Frankenstein.

From 2006-9 I was a Bye-Fellow at Murray Edwards College, Cambridge, and in 2009-10 I was the Alistair Horne Fellow at St Antony’s College, Oxford. I have held a visiting scholarship at Wolfson College, Oxford, and in 2012-13 was a Fellow at the Radcliffe Institute for Advanced Study, Harvard University.  I am an occasional reviewer of fiction and literary non-fiction for the Guardian, Observer, Telegraph and the Times Literary Supplement and a regular contributor to the literary magazine Slightly Foxed. I was an AHRC/ BBC Radio 3 New Generation Thinker for 2013-2014.  In 2016 I was awarded a Philip Leverhulme Prize by the Leverhulme Trust, which will support work on my next book, a cultural history of English Romanticism entitled Dinner with Joseph Johnson.

The relationship between literature, history and politics in nineteenth-century Britain.

Public and private selves in Romantic and post-Romantic literature.

Life-writing, in theory and practice.

Histories of the archive.

I would welcome enquiries from potential PhD students interested in working in any of these areas. Further details of PhD projects I am currently supervising are listed in 'research supervision'.

As first or co-supervisor, with colleagues based elsewhere in the AHRC DTP:

Helena Drysdale, State of Emergency: a journey around contemporary Greece in the footsteps of George Bowen (1821 – 1899), Victorian traveller, writer and statesman (creative  non-fiction).

Lucy Whitehead, The Lives of Charles Dickens: A Metabiography 1870-present

Asma Char, An Investigation into the Idea of the Female Self-Concept as Represented in the Victorian New Woman Novel