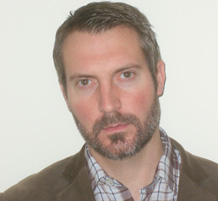 Professor Jason Hall is Admissions Officer for Penryn Humanities and Associate Director of Exeter's Institute of Cultural Enquiry. He has published several books and articles on nineteenth- and twentieth-century literature and culture.

Professor Hall's research focuses on the literary and cultural history of the nineteenth and twentieth centuries, with a particular emphasis on poetry, ‘historical prosody’ and the history of science and technology.

Professor Hall's first monograph, Seamus Heaney’s Rhythmic Contract, was published in 2009 by Palgrave Macmillan, and he co-edited the 2007 collection Seamus Heaney: Poet, Critic, Translator with the late Ashby Bland Crowder. Meter Matters: Verse Cultures of the Long Nineteenth Century, a compilation of new essays, was published in 2011 by Ohio University Press. He also organised the related conference 'Meter Matters: New Approaches to Prosody, 1780-1914' with Exeter's Centre for Victorian Studies in 2008. Decadent Poetics: Literature and Form at the British Fin de Siecle, co-edited with Alex Murray, appeared in 2013 with Palgrave Macmillan as part of Joseph Bristow's Palgrave Studies in Nineteenth-Century Writing and Culture series. Professor Hall's edition of Jezebel's Daughter, an 1880 novel by Wilkie Collins, was published by Oxford University Press in 2016 as part of the Oxford World's Classics series. Research for this edition  was supported by a one-month fellowship at the Harry Ransom Center at the University of Texas, Austin. His most recent book, Nineteenth-Century Verse and Technology: Machines of Meter (2017), was published by Palgrave Macmillan, also in Bristow's series.

Professor Hall has a longstanding interest science. For more than a decade, he has been pursuing questions of rhythm, elocution and voice, particularly as they intersect with the sciences and technologies of the long nineteenth century. In 2014 he was the recipient of an AHRC Science in Culture Innovation Award to support restoration work on the Eureka Latin Hexameter Machine, a one-of-a-kind poetry 'computer' from the 1840s. His current work, which builds on his interests in science, examines the visual culture of astronomy in the nineteenth and early twentieth centuries. With colleagues in Astrophysics and Exeter's Digital Humanities Lab, Professor Hall is examining the extensive archive of glass plates held by the Norman Lockyer Observatory in Sidmouth. Always keen to understand how humanistic and scientific cultures interact, he is following up the astronomical interests of Victorian and Modernist authors, such as Tennyson, Rossetti and Joyce. Alongside this work, he is undertaking a book-length study of the Earth in the nineteenth-century imagination.

Professor Hall's articles have appeared in the journals Configurations, Nineteenth-Century Literature, Victorian Poetry, James Joyce Quarterly and Literature Compass, and he serves as a reader for a number of peer-reviewed journals and well-known publishing houses.

Professor Hall has worked at Exeter since 2004, and since 2006 he has been employed on the University's Penryn Campus in Cornwall. From 2014 until 2016, he served as inaugural head of the Department of Penryn Humanities, comprising the disciplines of History and English. Professor Hall has been Director of Education and Director of Impact. He is now the Admissions Officer for Penryn Humanities and Associate Director of Exeter's new Institute of Cultural Enquiry. In 2020 he was promoted to a personal chair in English.

Before coming to Exeter, Professor Hall taught in higher-education institutions in the United Kingdom and the United States. He holds a BA in English from Hendrix College, a small liberal arts college in his home state of Arkansas (pronounced AR-kan-saw), and a PhD in English from the University of London (Birkbeck College).