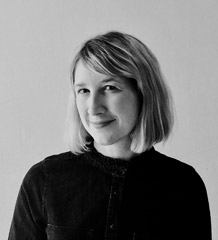 I am a Lecturer in Creative Writing, and a novelist, anthropologist, editor, and curator.

My debut novel, The Invisible Crowd (HQ, 2017), explores the culture of immigration and asylum in the UK. It tells the story of an Eritrean asylum seeker, his barrister, and the various different people he meets in the UK on his quest for leave to remain. It was awarded a Victor Turner Prize.

My next book, Live Literature: The Experience and Cultural Value of Literary Performance Events from Salons to Festivals, will be published by Palgrave in paperback in 2021. It asks why live literary performance events have become so popular in a digitalising world, how they shape literary culture, the impact of participation for both reader-audiences and author-performers. It contains experiential literary ethnographies of The Hay Festival and Polari Salon.

I also curate live literature events; I am the founder of an experimental live literature project, Ark, to stage immersive short story performances in library and gallery spaces involving cross-arts collaborations and new commissions. The project arose out of my live literature research, and was funded by Arts Council England. Ark has subsequently been commissioned by organisations such as The British Library.

My first book, Saffron Shadows and Salvaged Scripts: Literary Life in Myanmar Under Censorship and in Transition (Columbia University Press, 2015) includes new literary translations, extended interviews with Burmese authors, and an exploration of the way in which literary creativity was shaped by legal and political restrictions in the country. The book emerged out of time I spent living in Myanmar while working as a human rights lawyer.

Before taking up my post at Exeter I taught Creative Writing at QMUL, City Lit, and Camden Arts Centre. I previously worked as a barrister and as a musician.

I am currently working on my second novel.

My literary agent is Laura Macdougall at United Agents.

For current students: my office hours this term are on Thursdays from 11-2pm and meetings will be online. Please email me if you'd like to book a slot.

I welcome applications from potential PhD students whose proposals chime with my areas of interest, particularly those who demonstrate a strong and enthusiastic engagement with both creative and critical writing and the relationship between the two.

As a creative writing scholar, I am extremely interested in the value of practice-based research, and the ways in which creative practices of writing and other forms of communication can enhance knowledge, understanding and public engagement.

An example of my practice-based curatorial work is my Ark project: www.arkshortstories.com

My novel, The Invisible Crowd, was awarded a prize for ethnographic writing by anthropologists, demonstrating my engagement with interdisciplinarity through the lens of creative writing and creative practice in general.

My anthropological work on live literature involved fieldwork -- in some cases literally -- at live literature events, such as The Hay Festival and Polari Salon, in order to produce ethnographies that evoke and examine the experience of participating in those events and reveal their cultural value. I am very interested in what creative forms of ethnography can reveal about contemporary literary culture, going beyond common perceptions and statistics.

I value and enjoy public engagement.

I have presented, performed and curated many literary festivals and events as well as academic conferences.

At Exeter, I founded and host The Hexagon, a video podcast exploring the arts and culture.

I have curated events including the Speaking of Writing speaker series featuring women writers of colour.

Other literary events I have curated include a panel on Asylum Stories at The British Library in which I performed alongside Juliet Stevenson, Dina Nayeri, Ruth Padel and Maya Youssef. My event at Gladstone's Library's Hearth Festival is available to stream on Soundcloud.

I am passionate about Creative Writing, and its symbiotic relationship with powerful critical writing, both within and beyond the discipline. My distinctive contribution to the discipline of Creative Writing lies in by my interdisciplinary background and perspective, and the value I place on public engagement across different audience groups. This is demonstrated by my anthropological work on live literature and on literary culture in Myanmar, and my curatorial practice which involves cross-arts collaborations and performances in public spaces.

I love working with students from all backgrounds, and take great pleasure in introducing them to dynamic and diverse contemporary texts and varied creative inspirations, and supporting them in developing their own distinctive writing. I draw upon my own writing experiences where relevant to make my teaching as engaging and useful as possible.

I always emphasise the importance of critical reading and an awareness of the contemporary literary-cultural context for the production of good writing. Creative writing is an exciting and dynamic subject, but also one that often leads students to expose their personal histories and vulnerabilities, and so I prioritise creating a supportive environment in all my teaching. I am committed to the value of diversity and inclusivity. I prioritise foregrounding a diverse range of authors in my teaching, and take care to ensure that my workshops and seminars are inclusive.

Before taking up the post of Creative Writing Lecturer at Exeter I taught creative writing at QMUL, City Lit, Camden Arts Centre, and The British Library.

My PhD on live literature was funded by the AHRC, and was based in the Publishing Studies Department at Stirling University (2013-2019).

During my PhD I published two books: Saffron Shadows and Salvaged Scripts: Literary Life in Myanmar Under Censorship and in Transition (Columbia University Press, 2015) and The Invisible Crowd (HQ, 2017). My PhD research will be published as a paperback book in 2020 by Palgrave, titled Live Literature: The Experience and Cultural Value of Literary Performance Events from Salons to Festivals.

I founded Ark: an experimental live literature project to stage immersive short story performances in library and gallery spaces involving cross-arts collaborations and new commissions. The project arose out of my live literature research, and was funded by Arts Council England in 2014. Ark has subsequently been commissioned by organisations such as The British Library.

I worked as a human rights barrister in a London chambers from 2007-2014. During that time I did an MA in Creative Writing at Royal Holloway, University of London. I also have a Masters in Law from UCL, when I specialised in human rights and social theory.

My undergraduate degree was in Music at Oxford University, and I was awarded the top first in my year. I play the flute and piano.