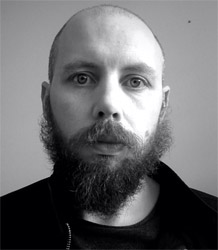 My research focuses predominantly upon European and Hollywood cinemas with a specialisation on the relationship between science fiction film and the various crises (social, political, economic) to have beset the European Union in the 21stcentury. My first monograph Contemporary European Science Fiction Cinemas was published by Palgrave in 2018 and my work has appeared in journals including Studies in European Cinema, Film Studies and Science Fiction Film and Television.

I am a co-founder and editor of Alphaville: Journal of Film and Screen Media and have worked as a peer-reviewer for Academic Quarter, Journal of Scandinavian Cinema, Paradoxa: Studies in World Literary Genres, Studies in European Cinema and Utopian Studies.

“In Our Immense Sarcophagus We Lay: Charting the Anthropocene in Aniara”, Environmentalism, Fantasy and Intersectionality Conference, University of North Carolina at Chapel Hill, November 6th.

“There Once Was a Dream That Was Rome: The European Union and the Creation of the Future”, Science Fiction Research Association Conference, University of California, Riverside, July 1st.

I grew up in West Cork. Having completed a PhD in Film Studies at University College Cork in 2012, I worked for three years as a Postdoctoral Research Fellow at the University of Bremen. I returned to Ireland in 2016, after being awarded a Government of Ireland Research Fellowship. I have lectured at Exeter since 2018.