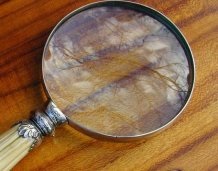 Experts and fans will gather at the University of Exeter to discuss the impact of the “Queen of Crime” Agatha Christie.

Experts and fans will gather at the University of Exeter for a conference, The Ageless Agatha Christie: Adaptations & Afterlives, on June 20 and 21. They will discuss the longevity and impact of the author in the year which marks the 40th anniversary of her death.

At the event academics and admirers will debate how new television adaptations, apps and video games, as well as the big screen adaptations of her work, affect the novelist’s place in the 21st century and her legacy. Agatha Christie died 40 years ago, in January 1976.

Bestselling author Sophie Hannah, who now writes new Hercule Poirot novels, will be a keynote speaker at the conference, along with Dr Mark Aldridge, of Southampton Solent University and radio dramatist and detective novelist, Alison Joesph.

The event is organised by University of Exeter PhD student, Mia Dormer and alumnus Dr Jamie Bernthal. Mia Dormer, whose thesis concerns historic detective fiction and writing a detective novel for her PhD, said: “Agatha Christie's impact on the genre and her legacy is beginning to have the academic interest it deserves. The many adaptations and reincarnations, along with the author's life and work, warrant being celebrated, researched and discussed.”

Dr Bernthal, who now works as a researcher for Sophie Hannah, said: “The television adaptations of Agatha Christie’s work means her novels are being re-evaluated. She is no longer seen as an ‘old fashioned’ author, but instead the mother of the modern thriller, whose work was sometimes psychologically dark.”

Dr Bernthal's book, The Ageless Agatha Christie: Essays on the Mysteries and the Legacy, is a collection of essays from papers presented at the 2014 Agatha Christie Conference. Contributors to the book bring fresh perspectives to her life, career and legacy and explore her relationship with modernism, television adaptations and the relationship between her work and feminism, celebrity culture and heritage cinema.

Dr Vike Martina Plock, Senior Lecturer in the department of English at the University of Exeter, is researching why Agatha Christie’s work is still so popular today.

Dr Plock said: “The regular television adaptations are central to bringing Agatha Christie’s work to a new generation. What we see at the moment is the use of the setting of the 1950s, which is fashionable at the moment, to engage a new fan base.”

In conjunction with the conference and its theme a free film screening will be shown on Sunday 19 June. The Bill Douglas Museum is providing a special Agatha Christie exhibition in addition to this. These free events are open to all those attending the conference, students and the public. All the details and registration for The Ageless Agatha Christie: Adaptations & Afterlives can be found online.