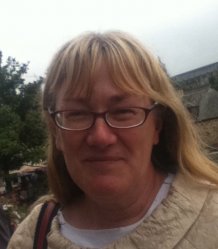 I am an historian of nineteenth century British literature and culture, specialising in teaching and research in theatre history and women's writing. I have published on Frankenstein, Jane Austen, Victorian women playwrights, Fanny Kemble, Australian theatre, Victorian theatre and popular culture, John Ruskin, and Victorian pantomime and dance. I'm currently working with Professor Jim Davis on the AHRC-funded project  ‘Theatre and Visual Culture in the Long Nineteenth-Century’

You can read what I've written about pantomime for the TImes Literary Supplement here: https://www.the-tls.co.uk/articles/satire-sex-adult-forces-shaped-pantomime/

I have taught specialist courses in Women's Writing, Gender Studies, Melodrama, Women and Theatre, Theatre History and Historiography, and VIctorian Studies. I have also taught courses in Radical Theatre, Performance Analysis, and DIrecting. I contribute to a range of team-taught courses at FIrst and Second Year level, particularly in studio-based modules such as Staging the Text.

I welcome enquiries for research supervision in:

I am currently supervising several Doctoral research projects in theatre history topics. I have supervised Masters and PhD dissertations in theatre and Victorian studies topics, as well as practice-based research in contemporary performance and dance.

I am Chair of the Standing Conference of University Drama Departments (SCUDD), that national subject association for drama and theatre departments in UK universities.

Until 2014, I co-edited the journal Nineteenth Century Theatre and Film (Manchester University Press), and now serve on its Advisory Board.

I was a founding member of the British Association for Victorian Studies (BAVS), and served on its Executive Committee for three years, as well as convening the annual BAVS conference in 2001: ‘Victorian Performances,’ and the 2011 Conference at the University of Birmingham

I was a founding member of the Theatre and Performance Research Association (TaPRA), and served as Conference Secretary and General Secretary, from 2005 to 2015.

I have in the past been convenor of the Historiography Working Group of the International Federation of Theatre Research, and a judge for the Society for Theatre Research Book Prize.

I am currently Principal Investigator for a collaborative project with Professor Jeffrey Richards (Lancaster University) and Post-Doctoral Research Fellow, Dr Peter Yeandle: “A Cultural History of English pantomime, 1837 – 1901,” funded by the AHRC.

This follows our earlier collaboration on ‘Ruskinian Theatre: the Aesthetics of the Late Nineteenth-Century Popular Stage,’ also funded by a large grant from the AHRC, and supported by the Ruskin Programme, Lancaster University.

My other ongoing research interests include the work of women playwrights in the Romantic and Victorian periods, and English theatre in the early nineteenth century, particularly in its political dimensions.

I recently gave the opening lecture for the Special Collections exhibition of women's theatre at the Templeman Library, University of Kent at Canterbury.

I arrived at Exeter as Professor of Theatre History in 2012.