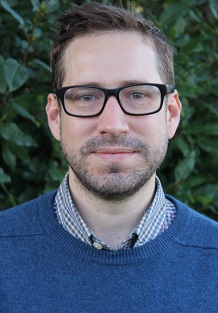 I am a theatre practitioner, educator and scholar. I trained at the Jacques Lecoq School of Theatre in Paris and began my professional career with Zimbabwe-based theatre company, Over The Edge. Since then, I have worked on a range of theatre projects across the UK, in Europe, the USA and in southern Africa with support from national and international creative industry partners.

My research interests focus on two related areas. The first is the theatrical representation of race and racism on the British stage, particularly in dramas by black playwrights of African and Caribbean heritage. I have published a number of essays on this topic and am the author of the book Black British Drama: A Transnational Story, which was shortlisted for the Society for Theatre Research Book Prize.

Research for this book resulted in Raising the Bar, an award-winning 10-part BBC Radio 4 documentary about the history of black performance on the British stage and screen, which was presented by Sir Lenny Henry.

I have been working with the National Theatre for over a decade to create the Black Plays Archive, an online catalogue of plays by black dramatists of African and Caribbean heritage produced in the UK.

I am also interested in how race and racism intersect with environmental concerns. My practice as research explores environmental and social justice issues relevant to people living in the UK and in countries in the global South. This activity is mainly carried out through my community interest company Fourth World Productions which I established in 2010 with fellow Zimbabwean actor and activist Chipo Chung.

I established the new MA Creativity: Innovation and Business Strategy which had its first intake in 2019.

I am a member of the AHRC Peer Review College and a Fellow of the Higher Education Academy, FHEA

I welcome enquiries from prospective PhD students on any subject related to my research expertise. Please contact me via email with a short proposal and you CV.

Co-creator and consultant for Raising the Bar, an award-winning 10-part BBC Radio 4 documentary about the history of black performance on the British stage and screen, presented by Sir Lenny Henry. (2015, 2018, 2019)

Consultant for the National Theatre's Black Plays Archive, an online catalogue of plays by black dramatists of African and Caribbean heritage produced in the UK. (Since 2009)

Keynote at the Business of Conservation Conference hosted by the Africa Leadership University’s School of Wildlife Conservation, Rwanda. (2018)

Guest speaker at a cross-Whitehall conference arranged by the Civil Service Race Forum for the International Day for the Elimination of Racial Discrimination, Portcullis House. (2016)

Adjudicator for Zimbabwe's National Speech and Drama Festival, hosted by the National Institute of Allied Arts. (2016)

Panel chair on commissioning at the national conference, 40 Years On: The Arts Britain Ignores and Diversity in British Theatre. (2016)

Consultant for Black Plays at the National Theatre (1976-2014) digital exhibition hosted by the Google Art and Culture platform. (2015)

I am a member of the AHRC Peer Review College.

I have served as peer reviewer for publishers and journals such as Taylor & Francis, Bloomsbury, Contemporary Theatre Review, Studies in Theatre and Performance.

I strive to encourage creativity and critical thinking by breaking down the barriers between research and practice. I design my own modules related to my research interests and expertise. I established the MA Creativity: Innovation and Business Strategy which had its first intake in 2019. I am a Fellow of the Higher Education Academy.