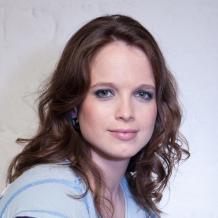 I am a Postdoctoral Research Associate on the AHRC funded Theatre and Visual Culture in the Long Nineteenth Century research project (collaboratively run with the University of Warwick). I joined the department as a staff member in 2018 after being awarded my PhD from the University in 2017.

My research is into the history of popular performance forms such as international circus, American vaudeville and British variety - focusing particularly on the celebrity of aerialists. I am interested in the embodied experience of being an audience member and have considered how spatial practices, kinaesthetic theory and female physical culture movements contributed to the meaning made by performance. As part of this research project I am extending my interest in audiences and spectacle, looking at entertainments such as pleasure gardens.

I have been involved in various activities related to impact and public engagement as part of my own and other people’s projects.

Recent research-led activities related to the current AHRC project I am working on, my own research and circus history more generally include:

I graduated with a BA in Drama from Exeter in 2000 and spent 10 years working in marketing whilst pursuing my amateur aerial practice. My interest in the relationship between theory and practice led me to undertake an MA in Performance Research at the University of Bristol, before completing an AHRC funded PhD in Drama at Exeter in 2017. In October 2018 I returned to the Drama department as a Postdoctoral Research Associate on the AHRC funded Theatre and Visual Culture in the Long Nineteenth Century collaborative project with Warwick University.