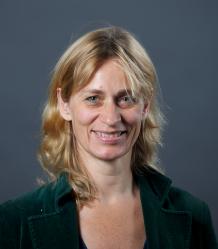 I trained in Drama at Exeter University and then as a puppeteer as an apprentice to Travesura Theatre, run by Chilean exiles in London; I took several short courses in puppetry at the International Institut de la Marionnette in France and in the UK. I then worked as a performer/puppeteer for several years at the Little Angel Theatre, with Sue Buckmaster of Theatre Rites and with Puppetcraft among other companies. I have directed puppetry for a number of companies and shows including Pericles and Eva Luna for Wooden Tongues Theatre Company, The Pied Piper and Tristan and Isolde for Puppetcraft, Macbeth for the Northcott Theatre and The Walk for Med Theatre. I have run numerous puppetry training workshops in the UK, Australia, Brazil, Spain and China, focusing on training for the puppeteer-performer and on intercultural training practices. I also work with the Catalan-based collective Irènia (www.irenia.net), a group of artists and educators working on themes of peace, development and global education. With this group I have run training workshops in puppetry for peace education and development in Tunisia and Catalonia.

Apart from puppetry and object theatre, I teach applied drama, with a particular focus on health; I also teach Latin American performance and culture in performance.

I am a UK councillor for the international puppetry association, UNIMA, and a member of the Research Commission and the Commission for Cooperation. I have previously received awards from the Anna Lindh Foundation for the work with Irenia, which received a United Nations Intercultural Innovation Award for its work. I have also received funding from the AHRC for work on applied puppetry and funding from the Gulbenkian Foundation for the development of puppetry in live performance.

I am currently the director of CROPP – the Centre for Research into Objects and Puppets in Performance.

I was keynote speaker at the Yangzhou national puppetry conference in China, 2015
I am a member of PSI, Puppeteers UK, the IFTR and the South West Arts and Health board.

This focus of research explores the emergence of Catalan visual theatre over the last forty years in response to the political events within Catalonia and the new vocabularies and languages of theatre forged through attempts to re-negotiate Catalan identity and culture. There is a particular emphasis on spectacle and puppetry. Research focuses on a number of companies and practitioners, including Joan Baixas, Els Comediants and La Fura dels Baus.

This area of research examines and discusses what it means to be a puppeteer; defines and considers the techniques and skills of animation within interdisciplinary and multi-contextual environments and articulates new processes for developing an understanding of the anthropology of the puppeteer.

This area focuses on questions of identity in performance, in particular in relation to Cuban and Brazilian puppetry, applied theatre practices and popular performance.