College of HumanitiesDramaResearchImpact and engagementIndian tabla music in the UK

Developing new approaches to accessibility and knowledge of Indian tabla music in the UK: playing, notating and composing

Indian tabla music in the UK

Indian tabla music in the UK 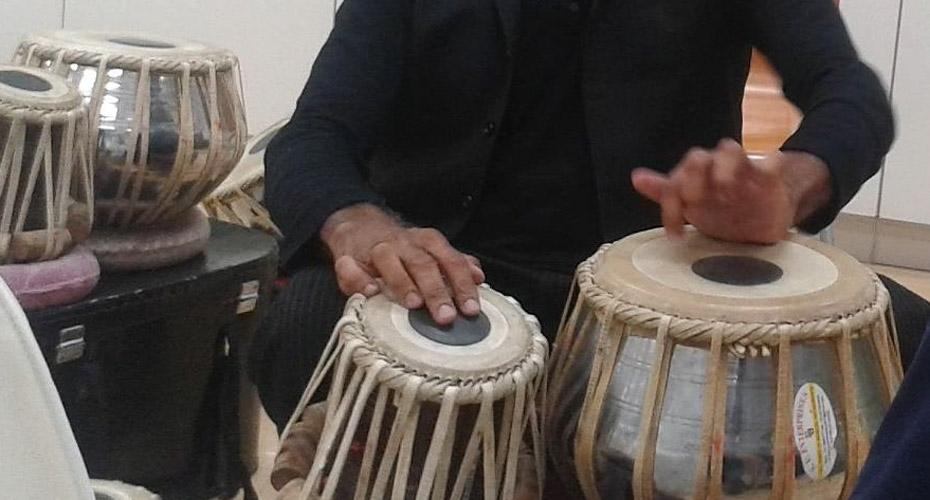 The tabla drums, and Indian music more generally, is usually taught orally as part of the guru-shishya parampara, where a student affiliates with a guru, establishing a long-term bond with the teacher, often spiritual in nature. As an oral tradition, there was previously no system of notation for the tabla drums. While younger generations, as well as non-Asians, wish to learn Indian musical forms, the older system of learning with a guru may be difficult to access. On the other hand, some are keen to preserve the tradition in its original form. Tensions between these approaches has resulted in fewer younger South Asians learning the instrument and Indian music, leading to a loss of their cultural heritage.

This project has emerged through dialogue with communities, and offers a new approach to notation, teaching books and the development of an electronic tabla (or e-tabla). Daboo explains the project approach as one of ‘transadaptation’:

Transadaptation’ has been used to examine films which have been adapted from a primary source that have been transferred to a new physical or cultural location, and require shifts in cultural references and symbols as well as language. Applying this idea to the tabla project, I suggest that we were attempting a similar process of transadaptation by translating and adapting the approach to teaching and playing the tabla in India to be suitable and useful to the target audience of schools and musicians in the UK.

As a result of the project, creating and playing music on the tabla has become more accessible, particularly in schools; new cultural products have been developed commercially; more professional musicians and composers are involved in playing and composing for the instrument; and creative, financial and employment opportunities have ensued.

The project was nominated for a Times Higher Education Award in the category of ‘Excellence and Innovation in the Arts’, demonstrating the strength of the collaboration between the academic research and public output and engagement.

The notation system is available digitally through the digital notation software programme Dorico, as well as being used in the teaching books devised by the project, Read and Play Indian Tabla Drums (3-book series); and Read and Play the Indian Dhol Drum. The new electronic instrument, the Tabla Touch, is now available for sale through Keda.