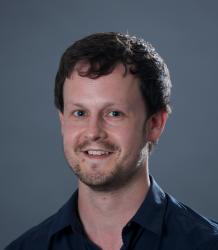 My research deals with the late Iron Age to Roman transition in northwest Europe, and the application of quantitative methods to studying artefacts and material culture. I have particular interests in consumption, and how circulating objects can inform our understanding of historical globalising processes. I am the director of the Exeter Centre for Connectivity in the Roman World, which was founded in 2015 to spearhead research into the impact of connectivity, globalising processes and human mobility in the Roman world.

Much of my work to date concerns the analysis of pottery and archaeological finds assemblages, from settlement and mortuary contexts. In addition to the Roman period, my research also touches upon mass consumption and globalisation in the seventeenth and eighteenth centuries (Chinese porcelain and its European imitations), for comparative perspectives.

These topics and themes all play a major role in my undergraduate and specialist MA teaching, which includes modules on Barbarian societies, Rome: globalisation and materiality, and Britain in the Roman world. I am especially happy to consider working with PhD candidates in the following research areas:

This project, which is funded by a Loeb Classical Library Foundation Fellowship, aims to explore the circulation of ideas, people and material culture in northwest Europe in the period traditionally associated with Roman imperial expansion and consolidation (c. 100 BC - AD 100). Drawing upon concepts of globalisation and connectivity, this study seeks to examine the myriad of cultural networks that connected communities in Britannia, Gallia Belgica and Germania Inferior, and the role of circulating material culture in constituting new objectscapes and fostering degrees of shared practice between a range of communities. While the importance of military supply networks has been flagged in the past, the continued role of pre-Roman cultural connections across provincial boundaries is less clear, as is the motivation for the selective appropriation of 'military-style' patterns of consumption and display among civilian communities.

The Roman period witnessed massive changes in the human-material environment, from monumentalised cityscapes to standardised low-value artefacts like pottery. This book explores new perspectives to understand this Roman ‘object boom’ and its impact on Roman history. In particular, the book’s international contributors question the traditional dominance of ‘representation’ in Roman archaeology, whereby objects have come to stand for social phenomena such as status, facets of group identity, or notions like Romanisation and economic growth. Drawing upon the recent material turn in anthropology and related disciplines, the essays in this volume examine what it means to materialise Roman history, focusing on the question of what objects do in history, rather than what they represent. In challenging the dominance of representation, and exploring themes such as the impact of standardisation and the role of material agency, Materialising Roman History is essential reading for anyone studying material culture from the Roman world (and beyond).

Big data on the Roman table (with Penelope Allison, University of Leicester)

As a vital sphere of socio-cultural practice, greater knowledge of everyday food consumption practices can better inform understandings of social connectedness and disconnectedness in the Roman world. This AHRC-funded research network examines the artefacts associated with eating and drinking which constitute the largest component of ‘big data’ from the Roman world. These under-utilised data provide fine-grained information on Roman food-consumption practices essential for a bottom-up approach to varied experiences of phenomena such as imperialism and globalisation. An artefactual approach permits analyses of representative cross-sections of societies throughout the empire, and more understanding of the lives of people less well recorded in the written sources (e.g. women, children, ordinary soldiers, non-élites, provincials), while also incorporating more visible groups such as urban elites. Current knowledge of everyday consumption practices for the majority living in the Roman Empire remains uneven. Little is known about how, where and with whom most people ate their meals, or what aspects of this social practice might have conveyed a universal sense of shared behaviour.

Building on a lively workshop held at the Devon and Exeter Institution in April 2011, this project represents the first in-depth critical exploration of the application of globalisation theories to the Roman empire. The book arising from the workshop (Cambridge University Press, 2015) features the contributions of several prominent archaeologists, ancient historians, and a global sociologist in order to determine the value of globalisation for understanding the Roman empire. Subjects include: the Roman economy, imperialism and the Roman state, mass consumption, urban change, time-space compression, mobility and migration, visual culture, post-colonialism, cultural heritage, and history in the longue durée. Overall, the project concludes that the globalisation discourse offers a range of alternative conceptual frameworks for bringing new understandings of the Roman world and (especially) its material culture.

The economic and cultural impact of Britain's first cities has long been debated. Through the lens of everyday consumption and the analysis of a variety of artefact types (pottery, coins, animal bones, and small finds), this project explored the relationship between city and country in the territory of Roman London and Colchester. Once thought to have provided a role model for aspiring locals, the results highlight the 'alienness' of the urban communities of Londinium and Colonia Claudia Victricensis and the lack of cultural integration with their surrounding hinterlands. Whilst the pax Romana guaranteed a steady flow of rural produce for urban consumption, the evidence for reciprocal exchange is slim by comparison. This project is part of the English Heritage-funded project 'Town and Country in Roman Essex', with the main volume published in 2013. Further research on the topic extends to the establishment of the first urban communities elsewhere in Britain, and is published in Journal of Roman Archaeology (2014).

I am Section Editor for Europe for the Routledge Handbook of Globalization and Archaeology (2017), led by Dr Tamar Hodos (University of Bristol).

My teaching in the department of Classics and Ancient History at Exeter is closely informed by my research on the archaeology of the Iron Age to Roman transition in northwest Europe.

For first and second year undergraduates, I teach 15 credit optional modules on 'Barbarian societies' and 'Globalisation in the Roman empire'. 'Barbarian societies' provides an anthropological approach to the societies encountered by Julius Caesar in the first century BC, drawing on a combination of archaeological evidence and critical approaches to 'ethnographic' texts written by Mediterranean authors. 'Globalisation in the  Roman empire' similiarly connects recent approaches to Roman material culture with critical reflections on modern ideas of globalisation and connectivity to shed new light on the culture and economy of the Roman empire. For third year undergraduates, I run 15 and 30 credit special subject modules on Britain in the Roman world and Roman visual culture.

At Master's level, I currently teach a special subject on 'Rome: Globalisation and Materiality' which brings together a variety of my research interests, including the cultural impacts of circulating objects and digital approaches to the 'Big Data' of Roman finds and ceramics. I also provide specialist methodological training in quantitative methods such as Correspondence Analysis, which has become a major research tool in Roman archaeology in recent years.

In 2006 I worked briefly as a post-doc with Danny Dorling and Charles Pattie on the Leverhulme funded 'Changing Families, Changing Food' project (Geography, University of Sheffield), which allowed me to further develop my interest in statistical approaches to consumption, inequality and globalisation.

Later in 2006 I took up an RCUK Academic Fellowship in Visual and Material Culture in the Department of Classics and Ancient History at the University of Exeter. I became Senior Lecturer in 2011, and Associate Professor in 2017.

I love working in Exeter, and I have found Devon to be truly one of the best places to live in the UK (outside of Yorkshire, of course), with Dartmoor and lots of beautiful coastline on the doorstep.