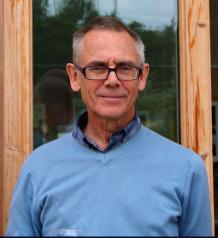 I was Leverhulme Professor of Hellenistic Culture from 2002 in 2011 and am now emeritus during an active retirement. I was made a Fellow of the British Academy in 2002 and served for some years on its Council. Most of my published work has been concerned with Asia Minor in antiquity, explored through texts, inscriptions and archaeology, with a particular emphasis in recent years on religious and cultural history. The bench-mark publication of my earlier career was Anatolia. Land, Men, and Gods in Asia Minor (2 vols. OUP 1993). During my time at Exeter I directed an AHRC-funded research project on Pagan Monotheism in the Roman Empire, which led to two important conference volumes, including One God. Pagan Monotheism in the Roman Empire (CUP 2010) and two CUP monographs written by the project's post-doctoral and doctoral researchers, Peter Van Nuffelen and Anna Collar. I received an honorary doctorate in 2006 from the Theology Department at the Humboldt University in Berlin and this has led to close involvement in an ongoing project to study the history of early Christianity in Asia Minor, part of the Berlin TOPOI initiative. In due course I plan to write a book which will follow the non-Pauline tradition of the earliest Christian communities in Asia relating them to their Jewish and pagan contexts. I was a founder member and first director of Exeter Turkish Studies, and am now Honorary Secretary of the British Institute at Ankara, which provides the focal point - and some of the funding - for British academic research in Turkey in the Humanities and Social Sciences. Another major project has been to prepare the corpus of Greek and Latin inscriptions of Ankara. The first volume has been published, and the second, which was advanced during a semester at the University of Cologne in 2012, is in preparation. At Exeter I wrote A History of the Later Roman Empire 285-641 (Blackwell 2007, second edition in preparation).

I currently live in Sheffield, where my wife has opened an artisan bakery, which makes extraordinary bread and cakes. Retirement has allowed a little more time for reading novels, and provided flexibility away from the constraints of professional academia.