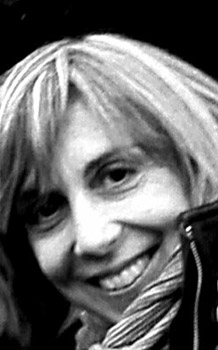 I specialise in ancient Mediterranean art and archaeology between the 5th century BCE and the 4th century CE, with two main focuses: 1) Rome, its suburbium and Latium Vetus (esp. the Alban Hill region); 2) Thrace (today’s Bulgaria). My research agenda lies at the crossroads of art history, archaeology and socio-cultural history.

Currently (2019–2021), I am in Exeter on a Marie Skłodowska Curie Individual Research Fellowship. My research project (CULTUS) is titled Public Cults in Private Hands: the Appropriation of cult sites from the 2nd century BCE to the 2nd century CE.

The CULTUS project draws on exciting new discoveries in the Colli Albani area, and offers an unprecedented opportunity to explore the role of religion in the competition, identity creation and state ideology among the Roman élite, from the perspective of its actual practice, agency and integration into daily activities and more mundane physical surroundings. The identification of the famous sacrarium of Bona Dea at the ‘Villa of Clodius’, Castel Gandolfo, and a reassessment of the villa of Secciano in Albano, have filled important gaps in our knowledge of the Colli Albani’s sacred landscape, and have paved the way for the successful application of an innovative approach that moves away from still-prevailing paradigms of normative and static concepts of religion, and binaries such as public/private or official/popular. The study focuses on the much-neglected semi-public cult sites on private property, and aims to identify the patrons of these initiatives (male and female private individuals; emperors), and the reasons for their actions (self-promotion and socio-political ‘cultural capital’) over four centuries of extensive change in Roman political and social history (2nd century BCE to 2nd century CE). Key concepts to be developed, as suggested by recent approaches are (a) the ‘mapping of social history’ that proposes a study of human action and interaction from the perspective of their spatial interconnectedness; (b) ‘lived ancient religion’ that emphasises individuals, instead of institutions, cities or ethnic groups, as religious agents; (c) gender studies, which explore how women used their involvement with (semi-) public cults for self-promotion.

My research on Thracian art and archaeology mainly concerns funerary wall painting in the Classical, Early Hellenistic and Late Roman periods, as a means of understanding artistic, social and religious tradition of the Thracian elite. More specifically, I explore iconographic and iconological questions (transmission, adoption and adaptation/glocalisation of Greek/Mediterranean and Roman iconography and the messages that they convey), and related technical questions (pigments and colours, craftmanship and production). Since paint is only one element of a complex funerary ensemble, the other elements are also considered, including the earthen burial mound that embraces the tomb, the tomb’s architecture and architectural decoration, its furnishing and furniture, the grave goods and offerings, and the ritual practices connected to the lavish funeral and post-burial activities. Funerary art is also invaluable for exploring questions of social and cultural identity, and in my research, the complex cultural relations between the Thracians and the populations with which they interacted at various moments of their history: the Persians, the Anatolians, the Greeks (including the Greek apoikiai), the Macedonians and the Romans.

I specialise in ancient Greek, Thracian and Roman art and archaeology, and my areas of expertise are:

I am also experienced in the management of classical antiquities collections (I have studied the Ruspoli Collection of antiquities at Nemi), 18th–20th-century antiquities trafficking and the dynamics related to the reuse of ancient marbles and the possible recontextualisation of spolia (I have recontextualised architectural marbles from the theatre of the Villa of Domitian at Castel Gandolfo, reused in Medieval times in the church of Sant’Antonio at Velletri, Rome, Italy).

I favour a contextual approach that draws on a wide range of archaeological, epigraphic, visual and literary evidence as sources for wider historical enquiries. By this, I mean that the physical and historical reconstruction of an ancient context is essential to understanding why an object/a building/a decoration was produced in that particular form and style, and what it meant to the people that used, imitated or saw it, and why an idea or a cultural phenomenon was conceived and transmitted in that particular way. The modern reception of ancient culture and phenomena is equally important. By reception I mean, more specifically, how ancient material has been interpreted, perceived and used, and how earlier approaches continue to influence our thinking. This includes the study of modern, national archaeological practices, and the use of archaeology and antiquities to shape modern national identity and collective memory.

From a methodological perspective, I strongly believe that archival sources (including historical cartography), and the critical use of antiquarian material may provide a key framework that integrates and expands the knowledge based on archaeological data. Within this framework, invaluable research sources include modern biographies (i.e. of archaeologists, ambassadors and collectors), travels memoirs, geography and military texts, and maps.

Since 2019, I have been a member of the team involved in the Beyond Northern Aegean programme administered by the Art History Department at Emory University (Prof. Bonna Wescoat), as part of the Connecting Art Histories initiative supported by the Getty Foundation.

Since 2016, I have been the co-director of the International Project, Contextualizing the past in the Alban Hills (Colli Albani). Villa and tomb in a sacral environment with Birte Poulsen (Aarhus University, DK) and F. Diosono (Munich University).

Since 2015 I have been a researcher for the Fragments of Diana. The materials recovered in the Shrine of Nemi from the Renaissance to World War II in the European and American collections project, directed by Francesca Diosono (Alexander von Humboldt Stiftung – Nemi – Das Heiligtum der Diana bei Rom: Kult, Topographie, Architektur, Organisation, Geschichte).

2010–today    I am a member of the staff of the Albano–Kaiservilla, Castra, Bischofssitz project, directed by Alexandra Busch, DAI/Abteilung Rom. Position: architectural decoration analyst.

2015–2016      I was a member of the staff of the project Base Décors Antiques/Base de données sur les décors antiques, directed by Alix Barbet, CNRS, École Normale Supérieure, Paris.

My portfolio of archaeological fieldwork (excavation, consultancy and coordination) includes the following activities.

May 2017; July–September 2018; July 2019. Castel Gandolfo, Rome, loc. Villa S. Caterina, so-called Villa of Clodius, coordination with B. Poulsen of geophysical surveys, remote sensing, stratigraphic investigations, topographic surveys within the framework of the international project, Contextualizing the past in the Alban Hills (Colli Albani). Villa and tomb in a sacral environment.

August 2010 and March 2014. Documentary survey (laser scanning and 3D modelling) conducted with Daniela Stoyanova (Sveti Kliment Ohridski University), Sofia, BG, and Giampaolo Luglio, Sapienza University, Rome, in the Thracian tombs of Kazanluk (2010) and Ostrusha (2014). Campaigns were authorised by UNESCO, and conducted in collaboration with the Iskra Museum of Kazanluk with the support of Dr Krasimira Stefanova (2010) and Dr Meglena Parvin (2014).

2004–2003. Appointment by the Soprintendenza per i Beni Archeologici del Lazio as archaeologist responsible for: inventory, cataloguing, analysis and study of archaeological materials preserved at the Museo delle Navi di Nemi, Rome.

While employed at the state archaeological museum of Albano (1998–2007), I was involved in the organisation and management of several cultural and educational events (also, outreach activities for the general public, and primary and secondary school students), exhibitions and national conferences. These events included nocturnal guided tours of the museum and the city’s monument circuit, collaboration in the organisation of spectacles (theatrical, concerts etc.) at archaeological locations in the city. These were organised in collaboration with state and local cultural heritage institutions, such as the Soprintendenza per i Beni Archeologici del Lazio, and the municipality.

My collaboration with the museum and the Italian Soprintendenza did not end with my departure, and continues today (as scientific consultant).

30/10/2018. TV interview broadcast (TGR_Lazio) on Italian national public television (RAI), presenting the international project, Contextualizing the past in the Alban Hills (Colli Albani). Villa and tomb in a sacral environment

I then earned a joint PhD in Ancient History and Archaeology from Tor Vergata University, Rome, Italy (2010), and from the Sveti Kliment Ohridski University of Sofia, Bulgaria (2013), with a dissertation titled, Painted tombs of Bulgaria from the Late Classical to the Late Antique periods.

Prior to joining the Department of Classics and Ancient History at Exeter, I was an affiliated researcher at Aarhus University, DK, School of Culture and Society, as co-director of the research project, Contextualizing the past in the Alban Hills (Colli Albani). Villa and tomb in a sacral environment, with Professor Birte Poulsen (2018–2019). This ongoing project and the important related fieldwork at the ‘Villa of Clodius’ at Villa Santa Caterina, Castel Gandolfo, Rome, gave me the material for drawing my current MSCA project at Exeter (see the research collaborations section).

From 2014 to 2017), I held a Marie Skłodowska Curie COFUND fellowship at the Aarhus Institute for Advanced Studies (AIAS), Aarhus University, DK where I worked on a Project titled ‘The Different Faces of the Sky’. Decorative culture, floral, astral and mythological representations within figural coffered ceilings. The idea of exploring the sunken panels used to decorate ceilings and vaults in the Mediterranean world between the 5th century BCE and the 4th century CE came from the study of the Thracian painted ceiling of the funerary complex in the Ostrusha Tumulus. Part of the results of my research on this topic are included in my monograph on the painted tombs of Bulgaria.

Since 2011 I have been an adjunct professor of Classical Archaeology at Tor Vergata University, Rome.

From 1998 to2007) I was employed as an archaeologist at the Archaeological Museum of Albano Laziale, Rome.

I love working and living in Exeter, a lovely city nestled in the stunning Devonshire landscape. I find in the department of Classics and Ancient History a friendly environment that encourages creativity, openness and initiative.