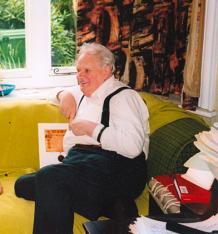 DAVID HARVEY was a member of the classics department at Exeter from 1962 to 2002, having made a phased withdrawal rather than sharp break because of persistent wretched health. Since the 1990s he has been contributing annotations to the two volumes of Essays Moral, Political and Literary (ed. Mark Box and others) in the Clarendon Edition of David Hume. He still keeps in touch with his subject despite having suffered a very slight stroke in 2006 (technically a TIA).

He has published over fifty articles and reviews on ancient Greek topics including literacy, equality, bribery, sycophancy, women, Thucydides, slaves, and Sparta; and contributions to various multi-authored volumes.

He is the joint editor of:

(with John Wilkins and Mike Dobson) Food in Antiquity, University of Exeter Press, 1995

(with John Wilkins) The Rivals of Aristophanes: studies in Old Comedy, Classical Press of Wales and Duckworth, 2000

and consultant editor for S. Deacy and K. Pierce, Rape in Antiquity, Duckworth and Classical Press of Wales, 1997

The second and third titles on the list above originated in conferences that he organized together with John Wilkins at the Institute of Classical Studies in London.

He has published the following translations:

He was President of the London Classical Society from 1987 and is Honorary Fellow of the University of Wales Institute of Classics and Ancient History (HFUWICAH). He was Secretary of the South-West branch of the Classical Association from 1963 until 1998 and has actively supported the departmental journal Pegasus since its foundation in 1963.

His interests include reading, music (playing the piano, choral singing and writing programme notes) and keeping in touch with friends and former pupils (not mutually exclusive categories).