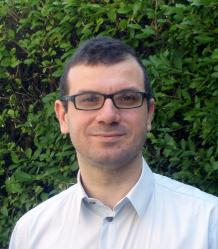 My research interests focus on the history of ancient metaphysics (with particular, but not exclusive reference to Aristotle and the Aristotelian tradition) and on its medieval reception.

The objective of my research is twofold. On the one hand, I wish to reconstruct ancient texts in their genuine, historical context and to understand the conceptual categories through which philosophy developed in ancient Greece and Rome. On the other hand, I  am interested in evaluating the significance of ancient thought for contemporary philosophical debates and for the shaping of our conceptual apparatus.In pursuing this twofold objective, I try to combine historical, linguistic and philological skills with a strong interest in present day philosophy. The result of my researches has been two books dealing with Aristotle’s Metaphysics and its reception in the Middle Ages: (i) Aristotle’s Metaphysics Book Zeta: The Contemporary Debate, Scuola Normale Superiore, Pisa 2006; (ii) The Medieval Reception of Book Zeta of Aristotle’s Metaphysics, Vol. 1: Aristotle’s Ontology and the Middle Ages: The Tradition of Met. Book Zeta, Brill, Leiden 2013).

I have also been working on ancient theories of language and truth, and in particular on Augustine’s and Plotinus’ theories of truth and certainty as well as on Neoplatonist interpretations of Aristotle’s theory of language against the background on the Hellenistic debate on the criterion of truth.

I also have an interest in the edition of ancient and medieval texts. The edition of a XV-century commentary on the Aristotle’s Metaphysics has just come out for Brill (Pauli Veneti Expositio in duodecim libros Metaphisice Aristotelis, Liber VII, Brill, Leiden 2013).

2002-2006: Visiting Student and Scholar at the University of Oxford (Saint John’s, St. Hugh’s and Worcester Colleges)

2013 – Lecturer in Ancient Philosophy in the Department of Classics and Ancient History, University of Exeter