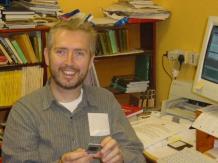 My research interests lie in Greek and Roman history, archaeology and literature, especially historiography. My particular specialism is Greek and Roman invlvement in the Black Sea region, especially Russia, Ukraine and Georgia, where I travel regularly (I speak Russian, Georgian and modern Greek fluently). In 2000 the Russian Classical Assn awarded me its Honorary Diploma in Moscow, while in 2010 Batumi University in Georgia gave me an honorary doctorate in recognition of my Black Sea work. My 1994 book, Georgia in antiquity (Oxford UP), is shortly to be published in Georgian translation. To research a region is to tackle an enormous range of subjects and issues which bear on that region. The ancient Black Sea is poorly researched in Anglophone countries, so that most of my closest colleagues - and the best libraries, conferences etc. in my field - are outside the UK. In 2014 I shall hold an Onassis Fellowship (Category A) to research in Greece for three months, giving some lectures in Thessaloniki at the International Hellenic University, which concerns itself with the Black Sea in antiquity. My most recent book on the region (co-authored with K. Javakhishvili and G. Nemsadze of the Georgian National Museum) is The treasures of Zghuderi (Tbilisi, 2010), the first full publication of three rich burials of the third century AD which were excavated in the 1960s in Caucasian Iberia (now eastern Georgia).

Meanwhile, I maintain various research and teaching interests in the Mediterranean too. My most recent publication there is a chapter in the Blackwell Companion to the Neronian age (2013) on the emperor Nero's claims to military and scientific achievements. Currently, I am also engaged in a cluster of papers on aspects of ancient theatre.

At the moment I have PhD students working on the Black Sea, the Balkans and the roots of imperial acclamation.

Undergraduate teaching ranges across all Greek and Roman history and historiography, with advanced modules on the Black Sea, on Nero and on the Peloponnesian War and its aftermath. I sometimes teach in more literary or linguistic areas too (in 2012-13, Plato's Symposium). For five years or so I also taught Georgian language in the former School of Modern Languages at Exeter.