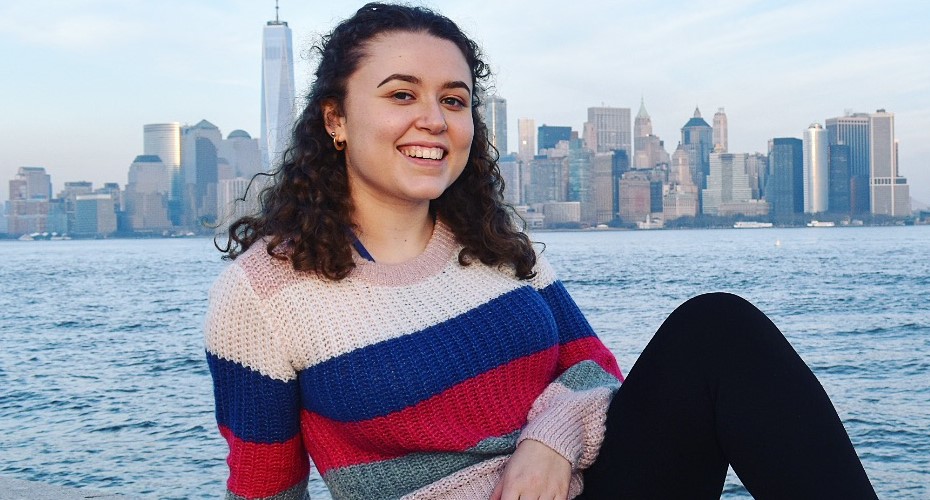 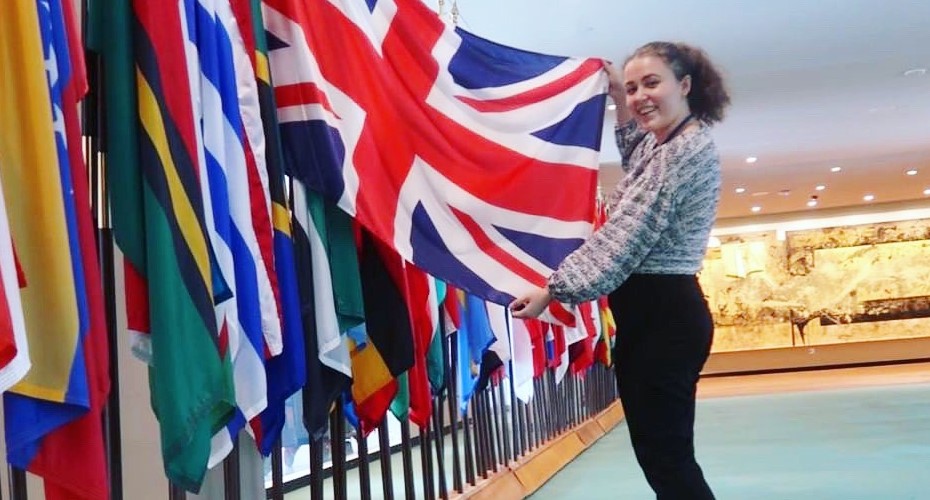 My name is Eleanor, and for the past year I interned at the Permanent Mission of the Republic of Cyprus to the United Nations in New York City, which was the best experience of my entire life. I found out about this internship years ago, through Nepomak. Nepomak is an organisation which aims to preserve Cypriot cultural roots and identity by bringing together young Cypriots in branches all over the world. They do this through organising different events, and running language and cultural tours in Cyprus over the summer. Other opportunities they provide are internships with the Government of Cyprus, the Cyprus Space Exploration Organisation, and the Cyprus Mission to the United Nations. I had been desperate to do the UN internship for years, and when Exeter offered “Employment Experience Abroad” for the first time, I knew that it was the perfect opportunity to do so. 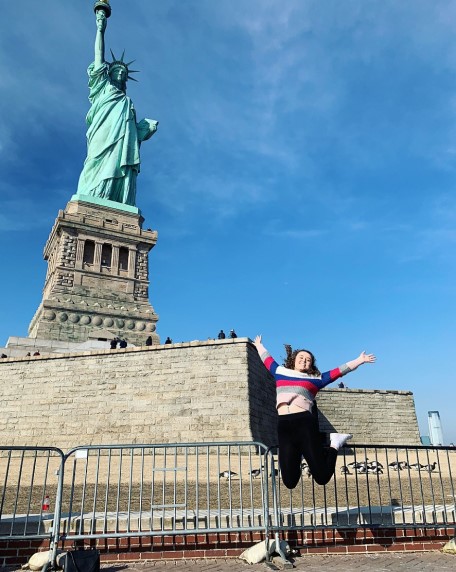 The application process was really simple. After I submitted a letter of interest, a letter of recommendation, and my CV, I had a Skype interview with the Deputy Ambassador, and I was then offered the internship. I felt somewhat important as I was issued a diplomatic visa, meaning I got to skip the normal queue for passport control at JFK airport, and go through a separate diplomats’ entrance. I had been to New York before, but this time it was different. Now that I was living there, I quickly became concerned about how expensive everything was. I had to accept early on that the year was going to cost a fortune, and that I would be going over budget (it was worth every penny though). On the bright side, now that I am back in the UK, everything seems super cheap. When I first arrived I ended up getting lost a few times trying get around the city, however by the end of the year I knew the city better than the back of my hand. I still need Google Maps to get around Exeter, but I have no problems in Manhattan.

I was beyond nervous for my first day at the UN (the only other job I’ve ever had was working in a garden centre), however everyone was so welcoming. I split my time between the UN and our office, which was on 38th Street and 5th Avenue, which was right next to Grand Central, the Chrysler Building, the NYPL, Times Square, and directly opposite the Empire State Building. During the first couple of weeks, I helped my colleagues prepare for the 73rd General Assembly – for example, by helping the Ambassador plan the President of Cyprus’ schedule for the High-Level week. During this week, my main role (much to my surprise) was to sit in on the General Debate and write this up in a report. I estimate that I saw between 70 – 80 Heads of State in this week, including: Theresa May, Emmanuel Macron, Justin Trudeau, and Benjamin Netanyahu (other famous figures I saw throughout the year at the UN include Antonio Guterres, Mike Pence, Amal Clooney, Angelina Jolie, and Nikolaj Coster-Waldau). It was an extremely surreal week. I couldn’t believe that I was already trusted enough to solely represent the country of Cyprus at the most prominent political event in the entire world. My internship had completely exceeded all expectations in just a couple of weeks. 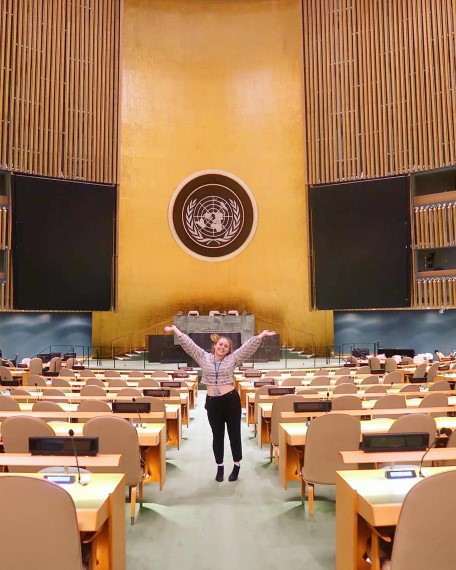 My main role at the UN was write up reports on the meetings I attended which would then get sent to the Ministry of Foreign Affairs. These included General Assembly and Security Council meetings, conferences, humanitarian briefings, and resolution negotiations. At times, I felt like I was watching history happen right in front of me. For example, I attended an emergency Security Council meeting in November after Russia attacked Ukrainian vessels in the Kerch Strait and took 24 Ukrainian sailors prisoner. Tensions were extraordinarily high, with Russia trying to justify their actions, and Ukraine threatening to declare martial law. Although the situation between these countries is far from resolved, these sailors were finally released back to the Ukraine this month.

I also attended European Union Coordination meetings around three times a week. These meetings were fascinating, as it was a private, behind-the-scenes look at how the 28 Member States work together to achieve their common goals (the way they discussed this never ending Brexit crisis was also very interesting). One of the most memorable meetings I had here was during the 2019 Venezuelan presidential crisis. Both Maduro and Guaido were sending delegations to a United Nations conference in Buenos Aires, and the EU needed to decide on a common approach on how to diplomatically act in this situation. The issue was time sensitive, yet they also had to keep in mind how to deal with this in the long term. The cooperation and I saw during these meetings was so impressive!

Throughout the year I worked with 7 other interns at the Cyprus Mission (although none of them stayed longer than 3 months). I got on really well with all of them, and every Thursday and Friday night we would go to socials at a bar called Calicos, and at the Delegate’s Lounge in the UN. The intern community was really strong, and I had so much fun with the friends I made with people from all over the world. The only part of working at the UN that I initially struggled with was the language barrier. I was working in a Greek office, and although I am half – Cypriot, I did not speak any Greek when I started working there. It meant that it took longer for me to get to know my colleagues than I would have done in an English speaking office, and most of the time I did not know what was going on as everyone only spoke in Greek (unless they were talking to me). The turning point occurred in January, when I decided to learn the language. I received a wave of encouragement and support, and I was always included as my colleagues would translate what they were saying to help me learn. In hindsight I should have tried to learn Greek since the first day, but it had seemed too daunting at the time. 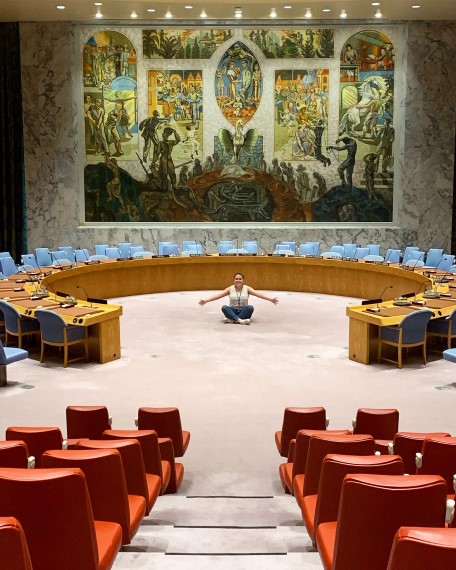 Living in New York was also a dream. I met some of my best friends in the student accommodation I was living in, and we made the most of living in Manhattan. Some of the things we did were go to: all of the classic sights (Empire State, Statue of Liberty, Central Park etc.), Broadway shows, museums (the best is the Met by far), NBC studios to watch live recordings of SNL, concerts, festivals, Instagram popups, food markets, and travel. During the year I was lucky enough to go to San Francisco, Yosemite, Miami, Toronto, Niagara Falls, Washington DC, Virginia, and Philadelphia. Exeter definitely feels a lot smaller this year!

I am so grateful to the University for giving me the opportunity to live and work in New York for a year. Words can never justify how much I loved it and how much I want to return. To other students, I highly recommend working abroad, as it offers so much more than studying, and will be something you won’t regret.